© FAO/Cengiz Yar
A herder leads his livestock away from fighting between Iraqi forces and ISIL in southern Mosul, Iraq. (file)

Two decades after the 11 September terrorist attacks in New York, terror networks Al-Qaida and Islamic State – also known as Da’esh – continue to pose a grave threat to peace and security, adapting to new technologies and moving into some of the world’s most fragile regions, the top UN counter-terrorism official told the Security Council on Thursday.

UN counter-terrorism chief Vladimir Voronkov presented the Secretary-General’s latest report on the threats posed by terrorist groups, saying that Da’esh continues to exploit the disruption, grievances and development setbacks caused by the pandemic to regroup, recruit new followers and intensify its activities – both online and on the ground.

“Today, we face transnational terrorist threats like Da’esh and Al-Qaida that are enduring and able to adapt to new technologies, but also expanding to include individuals and groups that commit terrorist attacks connected to xenophobia, racism and other forms of intolerance”, said Mr. Voronkov.

The UN counter-terrorism architecture, largely set up in the wake of the 9/11 attack, helps Member States implement effective frameworks to prevent, address, investigate and prosecute acts of terrorism.

It is also ramping up efforts to help countries adapt to the rapidly changing nature of the threat, which has become more digital and de-centralized in recent years.

Noting that the world is currently witnessing a rapidly evolving situation in Afghanistan “which could have far-reaching implications” around the globe, he cited Da’esh’s expanded presence in that country and pointed out that several members of the Taliban have been designated as terrorists by the Security Council.

“We will need to ensure that Afghanistan is never again used as launching pad for global terrorism", stressed the UN official.

He briefed the Council on the eve of the fourth commemoration of the International Day of Remembrance of and Tribute to the Victims of Terrorism, observed annually on 21 August.

While Da’esh remains focused on reconstituting its capabilities in Iraq and Syria, Mr. Vornkov said the most alarming development in recent months is the group’s relentless spread across the African continent.

The so-called “Islamic State in the Greater Sahara” has killed several hundred civilians since the start of 2021 in Mali, Burkina Faso and Niger, while the group’s “West Africa Province” will likely gain from the weakening of Boko Haram, with additional spillover of terrorists and foreign fighters from Libya.

Meanwhile, the expansion of Da’esh in Central Africa – and especially in northern Mozambique – could have far-reaching implications for peace and security in the region.

“A global response is urgently needed to support the efforts of African countries and regional organizations to counter terrorism and address its interplay with conflict, organized crime, governance and development gaps”, said Mr. Voronkov.

Alongside Da’esh’s expansion in Africa and its rapid shift online, Mr. Voronkov also cited the continued detention of thousands of individuals with alleged links to terrorist groups as another factor exacerbating the threat.

Deteriorating conditions in detention facilities and displacement camps in northeast Syria, in particular, are serving as a rallying cry for terrorist activities.  They have already fuelled instances of terrorist radicalization, fund-raising, arms smuggling, training and incitement to terror.

Against that backdrop, he echoed calls from officials across the UN for Member States to voluntarily repatriate all concerned individuals, with a particular focus on children.

In September, the Office of Counter-Terrorism (UNOCT) and the UN Children’s Fund (UNICEF) will jointly launch a global framework to support countries requesting assistance with protection, voluntary repatriation, prosecution, rehabilitation and reintegration of individuals with suspected links to designated terrorist groups returning from Iraq and Syria.

The framework has already been deployed in Kazakhstan, Kyrgyzstan, Tajikistan and Uzbekistan. 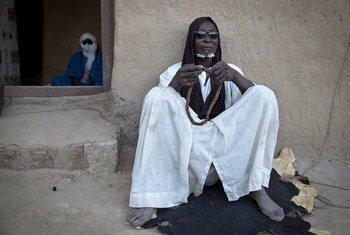 There is a “bloody surge” impacting humanitarian crises around the world, with civilians in conflict zones paying the highest price, the UN deputy chief told the Security Council on Friday. 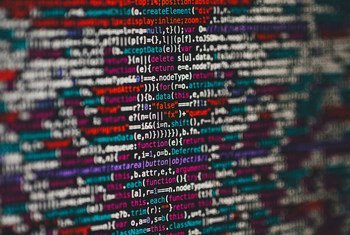 Criminals and violent extremists are exploiting the pandemic to build their support networks, undermine trust in government and even weaponize the virus, according to a research report published on Wednesday by the United Nations Interregional Crime and Justice Research Institute (UNICRI).