“It capitalizes on its affiliates and inspired attacks and has an estimated residual wealth of up to three hundred million dollars at its disposal”, said Vladimir Voronkov Under-Secretary-General, Office of Counter-Terrorism (UNOCT), in his briefing on the threat ISIL (Islamic State of Iraq and the Levant) poses to international peace and security.

Moreover, “acute concerns” remain over foreign terrorist fighters, returnees and relocators, he continued, noting that from the “initial estimate” of 40,000, between 24,000 and 30,000 have survived.

And Member States also must contend with the threat posed by ‘frustrated travelers,’ or ISIL sympathizers – the number of whom is hard to estimate.

While acknowledging ISIL’s defeat in Syria as “a watershed” that ended the “dystopia of the so-called ‘caliphate’”, Mr. Voronkov said that the fall of Baghuz “was not a fatal blow” as the group “continues to evolve into a covert network.

“This follows the same pattern we have seen in Iraq since 2017, where ISIL insurgency activity reportedly designed to prevent normalization and reconstruction efforts continue”, maintained the counter-terrorism chief.

Turning to Africa, he noted “a striking increase in ISIL and Al-Qaida-linked recruitment and violence” in the continent’s West, pointing out that “the Islamic State’s West Africa Province is now one of the strongest ISIL affiliates” with some 4,000 fighters that also “calls for vigilance”.

In Europe radicalization in prisons and those released from prison “remain major concerns” that compound the risk of “homegrown terrorism” at time when ISIL is having trouble sending fighters to the continent, according to Mr. Voronkov.

And despite military pressure, hundreds of thousands of ISIL fighters in Asia continue to pose a threat.

He recounted two worrying developments in South-East Asia, namely women playing a more active role in attacks and the explicit targeting of places of worship, “which may indicate a new trend”.

Responding to the aftermath

The counter-terrorism chief drew the Council’s attention to the thousands of suspected ISIL fighters and their families currently detained in Iraq and Syria, many of whom are “stranded in overcrowded camps, in dire conditions, generating acute and humanitarian concerns”.

Noting that there are “as many as 70,000 people in Al-Hawl camp in Syria alone, including women and children” with potential links to UN-listed terrorist groups, he cited the report as saying that “Member States have the primary responsibility for their own nationals” and urged against Statelessness.

Mr. Voronkov said his Office would launch on 30 September, a handbook on “ensuring a child rights-based approach” for children affected by “the foreign fighter phenomenon”.

The Under Secretary-General highlighted some of his Office’s initiatives, including law enforcement and border security, an upcoming four-year global programme on protecting vulnerable targets, an expansion of a global programme to stem terrorism financing.

Stating that “the current lull” in ISIL attacks “may only be temporary”, Mr. Voronkov upheld the importance of remaining vigilant “to mitigate the risk posed by the evolution of ISIL…deny it new recruits and prevent its resurgence’.

“It is essential that Member States keep a comprehensive and long-term perspective in this fight”, he spelled out, adding that “urgent political leadership and a principled approached, based on international law” is needed.

While acknowledging ISIL’s military defeat in Syria as “welcome progress”, Michèle Coninsx, the Executive Director of the UN Counter-Terrorism Committee, pointed out that challenges in responding to the aftermath of that defeat and the threat posed by its affiliates globally “remain substantial”.

In parallel, repatriation efforts “should also prepare to deal with the post-repatriation phase, issues of accountability, and the challenges involved in rehabilitation and reintegration”, she detailed.

“Because of the short sentences given to many returnees…there may be limited opportunities to engage them in rehabilitation and reintegration programmes prior to their release,” continued Ms. Coninsx.

Moreover, she said that extended periods of pre-trial detentions without guarantees of due process can “undermine the effectiveness of rehabilitative measures and increase the potential risk” of radicalization within the prison systems.

Ms. Coninsx upheld as “essential” that post-repatriation strategies have “short, medium and long-term components” in relation to “prosecution, rehabilitation and reintegration”, aligned with human rights, gender sensitivity and the special needs of children. 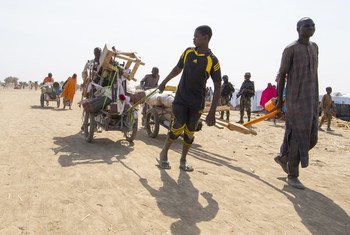 The scars of terrorism “run deep”, and while they may fade with time, “they never disappear”, the United Nations chief said on Wednesday, in his message for the second International Day of Remembrance and Tribute to the Victims of Terrorism. 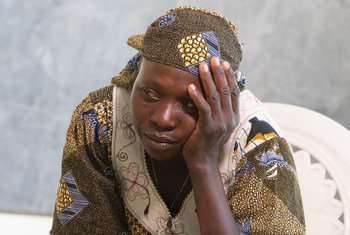