The first delivery of lifesaving jabs arrived in Ghana on 24 February.

As #COVID19 vaccines are rolling out &amp; immunity is building, it is important to continue to1⃣ #WearAMask 2⃣ #WashYourHands 3⃣ keep physical distance 📏4⃣ cough/sneeze away into your elbow 💪5⃣ open windows as much as possible 🪟More info 👉https://t.co/LOhHjCWsLE pic.twitter.com/95nn8P2uwi

Announcing the news on Thursday, the World Health Organization (WHO) said that more than 38 million doses of AstraZeneca, Pfizer-BioNTech and Serum Institute of India-produced shots (one of the AstraZeneca vaccines known as COVISHIELD) have been transported globally so far.

The development comes as WHO and other health regulators reaffirmed the overwhelming value of the AstraZeneca (or AZ) COVID-19 vaccine, amid ongoing concerns about clotting events among a very small number who’ve had the jab.

WHO listed two versions of the AstraZeneca-Oxford vaccine, after careful consideration over four weeks of analysis, for emergency use on 15 February, to be rolled out globally through COVAX.

In statements on Wednesday evening, the WHO’s Global Advisory Committee on Vaccine Safety, the European Medicines Agency and the UK’s regulator all concluded that the benefits of taking the AZ vaccine “outweigh the very rare potential risks”.

More than 190 million doses of AstraZeneca vaccines have been administered to date, but only 182 cases of clotting have been reported, WHO said, in its advice to countries to continue to vaccinate with the AZ vaccine, noting that it has “saved millions of lives and prevented serious illness”.

Despite reduced supply availability in March and April – the result of vaccine manufacturers optimising their production processes in the early phase of the rollout, as well as increased demand for COVID-19 vaccines in India – COVAX “expects to deliver doses to all participating economies that have requested vaccines in the first half of the year”, said the press release issued by WHO.

“COVAX has given the world the best way to ensure the fastest, most equitable rollout of safe and effective vaccines to all at-risk people in every country on the planet,” said WHO chief, Tedros Adhanom Ghebreyesus.

“If we are going to realize this great opportunity, countries, producers and the international system must come together to prioritize vaccine supply through COVAX. Our collective future, literally, depends on it.”

Henrietta Fore, UNICEF Executive Director, said that despite all that had been achieved in just a month and a half, “this is no time to celebrate; it is time to accelerate.

“With variants emerging all over the world, we need to speed up global rollout. To do this, we need governments, along with other partners, to take necessary steps to increase supply, including by simplifying barriers to intellectual property rights, eliminating direct and indirect measures that restrict exports of COVID-19 vaccines, and donating excess vaccine doses as quickly as possible.”

© UNICEF/Seyba Keïta
Mali rolls out its vaccination programme against COVID-19 in Bamako with 396,000 doses of vaccines provided under the COVAX Facility.

“It is tremendously gratifying that the roll-out of COVAX doses has already reached one hundred countries,” said Dr. Seth Berkley, CEO of Gavi, the Vaccine Alliance.

“COVAX may be on track to deliver to all participating economies in the first half of the year yet we still face a daunting challenge as we seek to end the acute stage of the pandemic: we will only be safe when everybody is safe and our efforts to rapidly accelerate the volume of doses depend on the continued support of governments and vaccine manufacturers.”

According to its latest supply forecast, COVAX expects to deliver at least 2 billion doses of vaccines in 2021, which will mean having to continue adding new vaccines to its portfolio. New agreements with manufacturers are being announced “in due course”, according to WHO and partners.

Last month, it was announced that the United States would host a launch event – taking place next week - for what’s being called the Gavi COVAX AMC Investment Opportunity, referring to the COVAX Advance Market Commitment, which aims to ensure that the world’s poorest nations get access to the life-saving vaccines.

An additional $2 billion is required in 2021 to finance and secure up to a total of 1.8 billion donor-funded doses of vaccines. The COVAX partnership is also working to secure additional sourcing of vaccines in the form of dose-sharing from higher income countries. 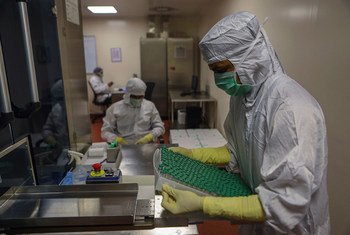 The AstraZeneca COVID-19 vaccine could possibly cause rare blood clots in some people but further studies are required to confirm the link, experts with the World Health Organization (WHO) said on Wednesday. 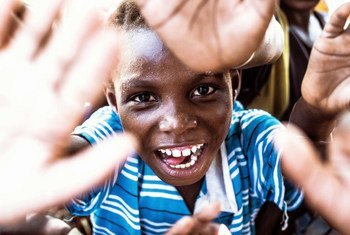