© UNICEF/Milequem Diarassouba
A health worker in Abidjan, Côte d'Ivoire, becomes one of the first people to receive the COVID-19 vaccine as part of the global rollout of COVAX in Africa.

COVAX (COVID-19 Vaccines Global Access) is the vaccines element of the ACT-Accelerator programme, led by the WHO and international partners, to develop a set of tools to fight the virus. WHO says that the programme has supported the fastest, most coordinated, and successful global effort in history to fight a disease.

The aim is to distribute two billion doses, mostly to poorer countries, in 2021, and immunise 27 per cent of their citizens.

“No one is safe until everyone is safe”, has been a World Health Organization (WHO) mantra since the beginning of the global COVID-19 health crisis. However, richer countries had the resources to pre-order vast quantities of vaccines, ensuring that their populations were first in the queue when pharmaceutical companies got the green light to deliver doses, prompting UN human rights experts to warn against “vaccine hoarding”, and insist that vaccines must be available for all.

Funded by richer countries and private donors, who have raised more than $2 billion, COVAX was launched in the early months of the pandemic, to ensure that people living in poorer countries would not be left out, when successful vaccines came onto the market. The UN Children’s Fund (UNICEF), in collaboration with the UN’s Pan American Health Organization (PAHO), is taking the lead in efforts to procure and supply doses.

Some 92 low and lower-income countries are purchasing vaccines with support from COVAX, and it is expected that the poorest citizens will be vaccinated free of charge. Around 80 higher-income economies have announced that they will finance the vaccines from their own budgets.

3) Which vaccines are being distributed through COVAX?

By the end of 2020, the WHO had lined up almost two billion doses of existing and candidate vaccines for use worldwide. Not all of those vaccines will be effective against the virus, but assembling such a huge vaccine reservoir meant that the UN health agency can say with confidence that COVAX will distribute enough doses to protect health and social care workers in all participating countries by mid-2021.

Some 1.2 million doses of the Pfizer-BioNTech vaccine, which requires ultra-cold chain storage are to be delivered to 18 countries in the first quarter of 2021, out of an agreed total of 40 million. A much larger rollout of around 336 million doses of the AstraZeneca/Oxford jab will be dispatched to nearly all countries that have signed up to the COVAX scheme, from Afghanistan to Zimbabwe.

4) Which countries are receiving the first COVAX doses?

On 24 February around 600,000 doses of the AstraZeneca/Oxford vaccine, produced under licence in India, arrived in Ghana, welcomed by WHO as a historic step towards the goal of ensuring equitable distribution of vaccines worldwide. This shipment was swiftly followed by the arrival of more than half a million AstraZeneca/Oxford doses in Côte d’Ivoire.

These initial shipments are part of an initial 90 million doses due to be sent to Africa from the COVAX facility in the first half of 2021, supporting the inoculation of around three per cent of those most in need of protection, including health workers and other vulnerable groups.

By the end of 2021, it is hoped that, with the availability of more vaccines and increased production capacity, 600 million doses will have been rolled out, and some 20 per cent of the African population will have been vaccinated.

The COVID-19 virus has taken a huge human toll. More than two million people worldwide have succumbed to the virus. Many more have been hospitalized, and suffered ongoing debilitating consequences. COVAX is intended to stem this tragic loss of life and chronic illness.

In addition, billions of lives have been disrupted by the travel restrictions, lockdowns and other measures put in place to slow the spread of the virus. Millions of jobs have been lost as the global economy has slowed down, and health services have been overwhelmed, making it harder for patients with non-COVID-related ailments to receive treatment.

It’s hoped that the vaccines provided by COVAX will contribute to reversing those damaging trends and return the world to normality, whatever that might look like.

WHO chief Tedros Adhanom Ghrebeyesus has pointed out that COVAX is not a charity effort: in a highly inter-connected global economy, effective vaccines, widely available in all countries, are the fastest way to end the pandemic, kick-start the global economy, and ensure a sustainable recovery. In the WHO chief’s words, “we sink or we swim together”. 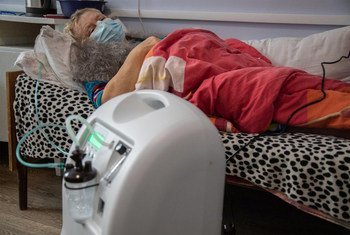 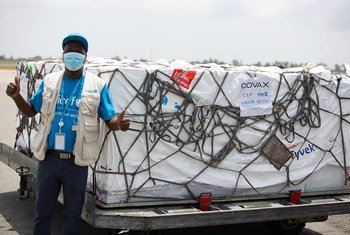 Côte d'Ivoire received 504,000 doses of lifesaving COVID-19 vaccine on Friday making it the second African nation in a week to benefit from the first shipments of shots from the UN-backed global COVAX initiative, the UN Children’s Fund (UNICEF) has reported.