© UNHCR/Martim Gray Pereira
An eleven-year-old girl displaced by conflict in the north of Mozambique.

Disturbing reports of targeted attacks against civilians have continued to emerge from the northern Mozambique town of Palma, marking a serious escalation of violence and volatility in the Cabo Delgado region.

Issuing the humanitarian alert on Tuesday, UN agencies reported that dozens of people had been killed during attacks by unnamed insurgents who reportedly descended on the town at the weekend.

#Mozambique: The humanitarian situation in Palma, Cabo Delgado, is extremely concerning following the recent attack by non-state armed groups and ongoing clashes reported in the district since 24 March. Dozens of civilians may have been killed. More: https://t.co/inbpL55VM3 pic.twitter.com/M4AwsdvpFT

The violence has not stopped, said Jens Laerke, spokesperson for the UN Office for the Coordination of Humanitarian Affairs (OCHA): “What has happened in Palma is an absolute horror being inflicted on civilians by a non-State armed group.

“They have done horrific things, they are still doing so, we have reported this morning of continued sporadic clashes, that is why we are talking about our expectations of thousands more people moving out from Palma district towards other areas of the country and towards the border with Tanzania.”

Arriving on foot, bus and boat

UN International Organization for Migration (IOM) spokesperson, Paul Dillon, confirmed the desperate situation during a press conference in Geneva: “As of this morning March 30, we can tell you that 3,361 internally displaced people - that’s 672 families - have been registered by IOM’s Displacement Tracking Matrix. They are arriving by foot, by bus, by plane and by boat, from Palma to Ullongwe, Mueda, Montepuez districts as well as Pemba city.”

Families had fled, “seeking refuge in the surrounding bush”, according to UN refugee agency UNCHR, while more than 100 displaced people had travelled south by boat from Palma to Pemba, capital of resource-rich Cabo Delgado province.

Since conflict erupted in October 2017, 670,000 people have been forced to flee violence, according to IOM.

More than half are children “and they are all in desperate need of help, all of them”, said Marixie Mercado, spokesperson for UN Children’s Fund UNICEF.

Highlighting the specific threat to non-combatants of the insurgency, UN refugee agency (UNHCR) spokesperson, Andrej Mahecic, said that people had been “killed, maimed, houses looted and burned and the fields of these people have been destroyed”.

People have been chased from their homes and fled “with very few possessions”, the UNHCR spokesperson continued, while women and girls had been “abducted, forced into marriages, in some cases raped and subjected to other forms of sexual violence. There are also reports of children being forcibly recruited into these insurgent armed groups.”

In response to the emergency, the UN World Food Programme (WFP) has already delivered 250 aid metric tonnes of food assistance to meet the needs of nearly 16,000 people for a month in Palma.

“Further food assistance in Palma, as you can imagine, has been temporarily put on hold because of the ongoing violence”, said WFP spokesperson Tomson Phiri, although critical medical staff and aid workers have been flown in “to support the injured and those most in need”.

The UN Humanitarian Air Service (UNHAS) was “exceptionally supporting the evacuation of civilians, including women and children and those who are critically injured”, Mr. Phiri continued, adding that on Monday, “four rotations were completed, evacuating 82 people”.

In addition to continuing insecurity in Mozambique’s north, the aid response has also been hampered by a severe lack of funding, with the UN’s $254 million appeal only one per cent funded 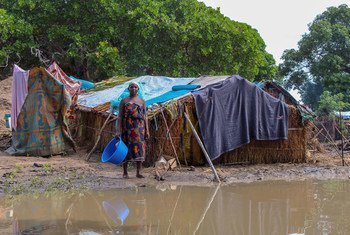 Senior leaders with the UN refugee agency, UNHCR, warned on Monday of the urgent need  to address the growing humanitarian crisis in the Cabo Delgado province in northern Mozambique, where an ongoing  insurgency has uprooted  hundreds of thousands of people. 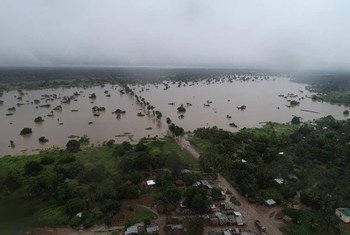 Two years after Tropical Cyclone Idai and Cyclone Kenneth swept through Mozambique in March 2019, killing hundreds and leaving more than two million people in need of urgent humanitarian assistance, UN chief António Guterres has recalled the devastation he witnessed first-hand, in the aftermath of one of the worst weather-related disasters ever to hit the southern hemisphere.