OCHA/Danielle Parry
Extreme weather events are devastating many countries, including Fiji which was hit by a cyclone in 2016.

The first 20 years of this century have seen a “staggering” rise in climate disasters, UN researchers said on Monday, while also maintaining that “almost all nations” have failed to prevent a “wave of death and illness” caused by the COVID-19 pandemic.

In an urgent call for countries to prepare better for all catastrophic events – from earthquakes and tsunamis to biological threats such as the new coronavirus – data from the UN Office on Disaster Risk Reduction (UNDRR) indicates that wealthy nations have done little to tackle the harmful emissions that are linked to climate threats which make up the bulk of disasters today.

Disaster risk governance done well can be the difference between: life and death; being injured or being fit; having a roof over your head or being homeless. 13 October is #DRRday and #ItsAllAboutGovernance https://t.co/KrX0T3sbUp pic.twitter.com/hfa9IOe2UT

“Disaster management agencies have succeeded in saving many lives through improved preparedness and the dedication of staff and volunteers. But the odds continue to be stacked against them, in particular by industrial nations that are failing miserably on reducing greenhouse gas emissions,” said Mami Mizutori, UNDRR chief, and Special Representative of the Secretary-General for Disaster Risk Reduction.

According to the UNDRR report - produced with Belgium’s Centre for Research on the Epidemiology of Disasters at UCLouvain - there were 7,348 recorded disaster events worldwide, during the last two decades.

Approximately 1.23 million people died – approximately 60,000 per year – with more than four billion affected in total; many more than once.

Although better recording and reporting of disasters may help explain some of the increase in the last two decades, researchers insisted that the significant rise in climate-related emergencies was the main reason for the spike, with floods accounting for more than 40 per cent of disasters – affecting 1.65 billion people - storms 28 per cent, earthquakes (eight per cent) and extreme temperatures (six per cent).

“This is clear evidence that in a world where the global average temperature in 2019 was 1.1 degrees Celsius above the pre-industrial period, the impacts are being felt in the increased frequency of extreme weather events including heatwaves, droughts, flooding, winter storms, hurricanes and wildfires,” UNDRR reported .

Despite the pledge made by the international community in Paris in 2015 to reduce global temperature rise to 1.5 degrees Celsius above pre-industrial levels, Ms. Mizutori added that it was “baffling” that nations were continuing knowingly “to sow the seeds of our own destruction, despite the science and evidence that we are turning our only home into an uninhabitable hell for millions of people”.

Turning to the COVID-19 pandemic, which has “laid bare many shortcomings in disaster risk management (despite) repeated warnings”, the UNDRR report recommended urgent action from Governments to better manage such overlapping disasters.

By way of an example of chronic weather risks which should be the focus of better national preparedness measures, the agency pointed that shifting rainfall patterns pose a risk to the 70 per cent of global agriculture that relies on rain and the 1.3 billion people dependent on degrading agricultural land.

Despite the fact that extreme weather events have become so regular in last 20 years, only 93 countries have implemented disaster risk strategies at a national level ahead of the end-of-year deadline, Ms. Mizutori said.

“Disaster risk governance depends on political leadership above all, and delivery on the promises made when the Paris agreement and the Sendai Framework for Disaster Risk Reduction were adopted,” she said. “But the sad fact is that we are wilfully destructive. And that is the conclusion of this report; COVID-19 is but the latest proof that politicians and business leaders have yet to tune into the world around them.”

She added: “It really is all about governance if we want to deliver this planet from the scourge of poverty, further loss of species and biodiversity, the explosion of urban risk and the worst consequences of global warming”, in a joint statement with UCLouvain’s Professor Debarati Guha-Sapir.

Although the UNDRR report indicates that there has been some success in protecting vulnerable communities from isolated hazards, thanks to more effective early warning systems, disaster preparedness and response, projected global temperature rises could make these improvements “obsolete in many countries”, the agency warned.

Currently, the world is on course for a temperature increase of 3.2 degrees Celsius or more, unless industrialised nations can deliver reductions in greenhouse gas emissions of at least 7.2 per cent annually over the next 10 years in order to achieve the 1.5 degree target agreed in Paris. 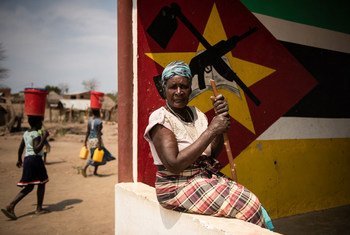 The COVID-19 disease has added to longstanding challenges in Mozambique which have threatened the southern African country’s most vulnerable people. In this blog, the UN Resident Coordinator Myrta Kaulard, with IOM Chief of Mission, Laura Tomm-Bonde, and Samuel Chakwera, UNHCR Resident Representative, explain how the United Nations is supporting national efforts to protect the people of Mozambique from multiple threats 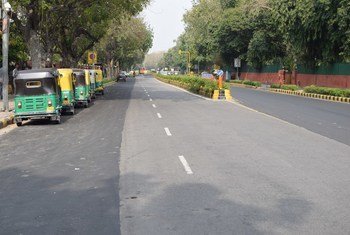 An independent UN human rights expert has voiced concern over an Indian Supreme Court order to evict up to 250,000 people living in shacks along railway tracks in the capital, Delhi, warning that such a move could violate the country’s obligations under key international rights treaties.