The study examined how the global crisis has impacted the way people use e-commerce and other digital tools, with more than half of respondents reporting they now shop online more frequently.

📲 🛒#COVID19 has changed online shopping forever.The pandemic has accelerated the shift towards a more #digital world and triggered changes in online shopping behaviours that are likely to have lasting effects, our new survey with @netcommsuisse finds. https://t.co/PtUdLmQ6EN pic.twitter.com/c2ldjXGw4x

“The COVID-19 pandemic has accelerated the shift towards a more digital world. The changes we make now will have lasting effects as the world economy begins to recover”, said UNCTAD Secretary-General Mukhisa Kituyi.

UNCTAD conducted the survey together with Netcomm Suisse eCommerce Association, in collaboration with the Brazilian Network Information Center (NIC.br) and Inveon, a Turkish digital commerce company.

The countries covered were Brazil, China, Germany, Italy, the Republic of Korea, the Russian Federation, South Africa, Switzerland and Turkey.

In addition to ramping up online shopping, researchers found that respondents also rely on the internet more for news, health-related information and digital entertainment.

The greatest shift to online shopping occurred among consumers in emerging economies, according to the survey.

Purchases across most product categories increased by six to 10 percentage points, with the biggest gains found in information and communications technology (ICT)/electronics, gardening/do-it-yourself, pharmaceuticals, education, furniture/household and cosmetics/personal care.

However, the survey revealed that average online monthly expenditure per person has dropped significantly.

Consumers in both emerging and developed economies have postponed larger expenditures, while spending on tourism and travel has declined by a staggering 75 per cent.

On the other hand, increases in online shopping differ between countries.  China and Turkey had the strongest rise, while Switzerland and Germany the weakest as more people in these nations were already engaging in e-commerce.

Additionally, women and people with tertiary education increased their online purchases more than other shoppers. People aged 25 to 44 reported a stronger increase compared with younger cohorts. In Brazil, the increase was highest among the most vulnerable population and women.

The survey further revealed that small merchants in China were most equipped to sell their products online, while their counterparts in South Africa were least prepared.

Mr. Kituyi, the UNCTAD chief, said the acceleration of online shopping globally underlines the need to ensure all people have access to “the opportunities offered by digitalization” in the post-pandemic world.

“This is why policymakers should adopt concrete measures to facilitate e-commerce adoption among small and medium enterprises, create specialized talent pools and attract international e-commerce investors”, he said. 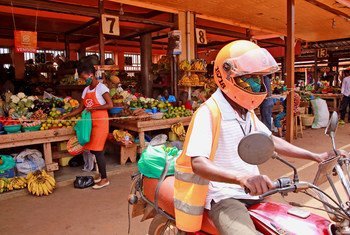 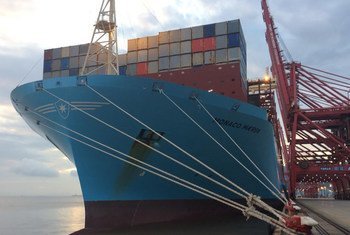