UNAMA/Fardin Waezi
Shopkeepers in Kabul, Afghanistan gather in front of a building which bore the brunt of a 1 July 2019 attack claimed by the Taliban (file photo).
3 September 2020
Peace and Security

“The stakes could not be higher”, said Deborah Lyons, Special Representative of the Secretary-General and Head of the UN Assistance Mission in Afghanistan (UNAMA), describing the intra-Afghan talks as a historic moment in the country’s history, as she briefed the Security Council on Thursday.

“After four decades of war, the people of #Afghanistan have more reason than ever to hope that this devastating conflict may come to an end,” UN envoy @DeborahLyonsUN tells Security Council. More: https://t.co/N3lhm8supy pic.twitter.com/0JTnVDPaLu

The conflict, which has raged for four decades, continues to kill hundreds of people each week and has displaced millions over the years – most of whom have no prospects of return.

With the negotiations, hosted by Qatar, set to launch, she exhorted parties to place a humanitarian ceasefire atop the agenda, and pressed all countries to amplify this call as the talks begin.

Thanking Qatar, the United States and Pakistan for their intense diplomacy to bring the parties to this point, she said the pre-talks phase has already raised difficult issues related to prisoner releases, which have taken five months to resolve.

“Eventually, the negotiations will have to tackle a range of profound questions about the kind of country Afghans want.”  Solutions cannot be found on the battlefield or imposed from the outside.

At the same time, she said all parties must do their part to ensure the ground is prepared for peace to flourish.  The UN has initiated a dialogue with the two sides on the inclusion of victims’ voices in the peace talks and mechanisms for incorporating victim-centred justice.

“This is a difficult topic, but an essential one”, she said, stressing that only when victims’ grievances are acknowledged and addressed will true reconciliation be possible.

Women’s rights are also emerging as among the most difficult issues confronting the parties as they enter negotiations – and one around which any compromises will pose a difficult dilemma for Member States.  “This issue will be more central in the Afghan peace process than we have ever seen in any other peace negotiation in recent memory”, she assured.

As such, she has initiated meetings with a country-wide network of women who are providing insight into avenues for greater engagement.

“It is women’s representation at the peace table that offers the best opportunity to ensure their own rights are upheld and their vision for a peaceful Afghanistan is reflected in all aspects of the talks”, she emphasized.  As of now, her Office is not aware of any women’s representation for the Taliban, but she is hopeful negotiators will find a way to include women on the team.

A vibrant media will also be crucial in fostering an inclusive peace, she said. Next week she will host a meeting with a consortium of national media companies to discuss how to best engage civil society in a dialogue during the negotiations.

More broadly, she said that by deepening regional relationships in the areas of trade and transit, infrastructure connectivity, counter-narcotics, people movements and knowledge transfer, Afghanistan can realize its enormous untapped potential and take full advantage of its strategic location at the heart of Asia.

On the national stage, she welcomed the Government’s formation of its Cabinet last week, as well as appointments to the High Council of National Reconciliation.  Her Office continues to call for a comprehensive anti-corruption strategy and an independent anti-corruption commission.

The pledging conference in November and intra-Afghan talks will together set the course for the country’s future.  She said UNAMA is engaging regularly with the Taliban to ensure they are well-informed of Afghanistan’s obligations as a member of the global community, notably through discussions on development and governance issues, and an ongoing human rights dialogue.

With 38,000 COVID-19 cases reported and more than 1,400 deaths attributed to the virus, “I consider this work to be of utmost importance,” she said.

Saad Mohseni, Chief Executive, MOBY Group, pushed for a continued international presence.  Corruption is an issue at every level and the country is still at war.  But Afghanistan – which, aged 18, is the youngest nation outside of sub-Saharan Africa - is hopeful.  Reintegrating the Taliban into society will require international efforts.

“There needs to be a strong and consistent line on key issues”, he asserted, stressing that the international position is not coherent, which has only encouraged the Taliban to make further demands and resulted in more loss of life.

Pointing out that, as a condition of the Doha Agreement with the United States, the Taliban agreed to distance itself from other terrorist organizations, he questioned whether the group has lived up to this pledge, and how any such actions would be monitored.

At this critical juncture, the Taliban and the Government are mindful of global opinion, he said.  “The international community must be clear and unanimous.”

This is especially true regarding the Constitution, he said, which the Taliban wants rewritten.

Protection for women and minorities must stay

He stressed that this document was drafted in the wake of the Taliban’s human rights abuses and designed to safeguard against future violations.  It contains explicit protections for women and minorities.  “Protection of these existing values must be non-negotiable”, he insisted.

Citing a survey of 8,000 people by the Institute of War and Peace Studies, he said it found that 35 per cent of respondents, fear that a drawdown of international troops will bring more conflict, and that 42 percent favour their continued presence.

Close to 70 per cent have faith in the Government and 65 per cent favour disarming the Taliban, he said.  Ninety-five per cent favour the indictment and prosecution of war criminals and rights abusers.

Indeed, the international community has enormous leverage in the aid it provides, which going forward, should be done on a strictly conditional basis.  “We do not want go back,” he said. “We cannot have another 20 years of isolation and misery.”

♦ Receive daily updates directly in your inbox - Subscribe here to a topic.
♦ Download the UN News app for your iOS or Android devices.
security council|Afghanistan 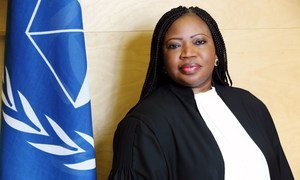 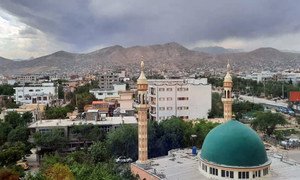 The death of nine human rights defenders since the beginning of this year marks “the emergence of a truly alarming trend", an independent UN rights expert said on Friday, calling on Afghanistan to prevent any further killings.