UN Photo/Eskinder Debebe
Tadamichi Yamamoto, Special Representative of the Secretary-General and Head of the United Nations Assistance Mission in Afghanistan (UNAMA), briefs the Security Council meeting on the situation in Afghanistan.

“When the election is completed with credibility, it will become a milestone in the history of establishing a representative political system of the country”, he stated.

Mr. Yamamoto explained that preliminary results are yet to be announced as stakeholders want to ensure the electoral process was as transparent and credible as possible.

“Whatever the outcome of the presidential election may be, peace will be the issue of paramount importance to the new administration," he said.

"Even while we await the outcome of the elections, efforts for peace have not ceased.  Talks between the United States and the Taliban have resumed. Efforts are underway to continue with the intra-Afghan dialogue. President Ghani outlined his thoughts on peace at the Heart of Asia Ministerial Conference. These efforts reflect the strong yearning for peace by all, particularly the people of Afghanistan.”

Rise in attacks against aid workers

The election marked the fourth time that Afghans have gone to the polls since the fall of the Taliban in 2001.

Ongoing operations by the terrorist group continue to exact an appalling toll on the country.

Every day, more than 100 people there are killed or wounded, according to Aisha Khurram, Afghan Youth Delegate for the United Nations, who spoke in the chamber.

She said the Security Council meeting was taking place at a “critical but highly uncertain” period for her country.

“The ongoing peace process, presidential elections and the possible foreign troops withdrawal are going hand-in-hand to define the fate and future of our country at a time when Afghans are deeply frustrated and weary of the continued violence”, Ms. Khurram stated.

“This isn’t just a war on terrorism anymore; this is now a war against innocent civilians that want nothing but peace.”

Mr. Yamamato expressed alarm over increased attacks against humanitarians, such as the recent killings of American Anil Rhaj, who worked for the UN, and Tetsu Nakamura, a Japanese doctor who had been awarded honorary citizenship for his decades of service to the country.

“I am similarly concerned about the rise in threats and attacks against human rights defenders in Afghanistan, and those with different political views”, he said, adding that the UN will continue to work to strengthen protection for civil society groups.

While peace remains a priority, the national authorities are also focused on protecting Afghanistan against all terrorist threats, the country’s UN representative told the Council.

Ambassador Adela Raz described the Taliban as providing “an enabling ecosystem” for Daesh, Al-Qaeda and other groups.

“Looking forward, our focus should not only be on defeating terrorists on the ground, but it also should look to countering their extremist ideologies and the sources of financing from their nexus with organized crime and the illegal narcotics trade”, she said.

Prior to the briefing, the Security Council unanimously voted to extend the mandate of the Monitoring Team that supports its Afghanistan Sanctions Committee for an additional 12 months.

The Monitoring Team gathers information in connection with an asset freeze, travel ban and arms embargo imposed on individuals, groups and entities associated with the Taliban. 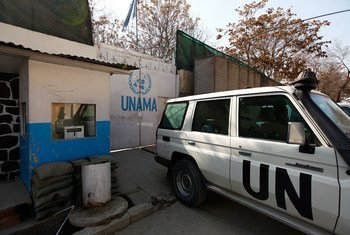 A UN worker was killed and two people were injured when their vehicle was attacked in the Afghan capital, Kabul, on Sunday. 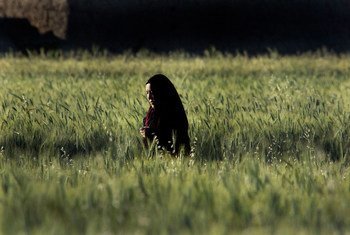 Over the last three months (August to October 2019), around one-third of the Afghan population required urgent humanitarian action, according to the latest Integrated Food Security Phase Classification (IPC) Alert, released on Monday, which declares that some 10.23 million people are living in a state of “severe acute food insecurity”.