A track and field athlete from South Sudan who was forced to flee conflict as a child was on Tuesday named a Goodwill Ambassador for the UN refugee agency, UNHCR.

Yiech Pur Biel was a member of the first Refugee Olympic Team that competed at the 2016 Games in Rio de Janeiro, Brazil. Since then, he has travelled to 26 countries as an athlete and advocate for refugees, and has been actively involved efforts to bring peace to his homeland.

When he was a boy, he lost everything. 😔

With soldiers behind him, he ran for survival. 🏃🏿

Now he runs towards his dreams. 🏅

“It is a huge honour for me to be able to use my status as an athlete to help refugees and displaced people, to share my own story and those of other refugees like me and make sure that refugees all over the world have a voice,” he said.

“I want to be an ambassador for refugees everywhere and I am so happy to be able to continue my commitment to working with UNHCR, the UN refugee agency, helping refugees not only to survive but also to thrive. This work is incredible and vitally important to so many people all over the world.”

Always on the run

Following conflict in South Sudan in 2005, Mr. Pur journeyed alone to Kakuma refugee camp in neighbouring Kenya. He was only 10 years old at the time.

While at the camp, Mr. Pur devoted himself to athletics and trained at the Tegla Laroupe camp in Nairobi, established by the award-winning runner. He began running competitively in 2015 before being part of the historic Refugee Olympic Team a year later.

Mr. Pur has supported UNHCR since 2016, attending and speaking for campaigns in New York and Paris.

As the agency’s newest Goodwill Ambassador, he will continue to advocate for the rights of displaced people while continuing his training to be on the Refugee Olympic Team at the Tokyo Games in 2021.

Worldwide, nearly 80 million people are forcibly displaced, according to a recent UNHCR report. The study cited South Sudan’s long history of displacement, both before and after independence in July 2011, as a major crisis which has contributed to global displacement.

A voice for refugees

“This new role will help formalise and amplify his advocacy even further. At a time when forced displacement has reached unprecedented levels, with one percent of humanity now uprooted by conflict, persecution and violence, his contribution is more critical than ever,” he said.

Mr. Pur’s contributions towards peace in South Sudan includes representing refugees at peace talks held in Addis Ababa and Khartoum in 2018, and at committee meetings at the African Union in 2019.

He worked with the International Olympic Committee following Rio, and joined the Board of the Olympic Refuge Foundation.

Thomas Bach, President of the International Olympic Committee characterized Mr. Pur’s “extraordinary journey” from the refugee camp to the Rio Games as an inspiration for all.

“Today, Pur is also a strong voice within the Olympic Refuge Foundation, providing access to safe sport for forcibly displaced young people across the world,” he said.

“I am sure that in his new role as UNHCR Goodwill Ambassador, he will continue to act as a role model and demonstrate that sport can not only bring hope but change lives, empower young people and drive positive change in our society.”

♦ Receive daily updates directly in your inbox - Subscribe here to a topic.
♦ Download the UN News app for your iOS or Android devices.
UNHCR|Goodwill Ambassador|South Sudan|olympics 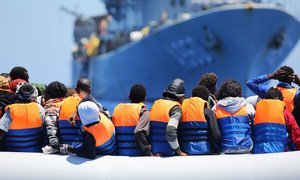 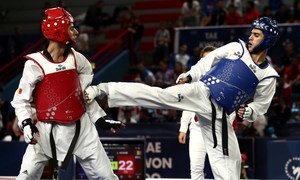