IFAD
Information about COVID-19 is being distributed in some of Afghanistan's remotest areas.
2 July 2020
Peace and Security

Ahead of hoped-for peace talks between Afghan Government and Taliban negotiators, UN peacekeepers in Afghanistan have urged parties to “redouble” their efforts to keep civilians safe.

The appeal from the UN Assistance Mission in Afghanistan (UNAMA), also calls for a de-escalation of the conflict to save lives and facilitate discussions in Qatar.

“It’s taken enormous work and some brave decisions for Afghans to reach the point of being on the eve of unprecedented intra-Afghan negotiations.” – UN envoy @DeborahLyonsUN urging de-escalation of #Afghanistan conflict ahead of Doha talks. More: https://t.co/15EaAZweg2 pic.twitter.com/AS7iqh5JTO

In the first six months of the year, more than 800 civilians were killed and injured in deliberate attacks.

UNAMA attributed responsibility for approximately half of these civilian casualties to the Taliban.

These are “shocking and criminal” attacks, UNAMA said in a statement.

The Mission’s chief, Deborah Lyons, meanwhile, warned against “spoilers who do not wish to see an end to war.”

Ms Lyons, who is also the UN Secretary-General’s Special Representative for Afghanistan, said that it had taken “enormous work and …brave decisions for Afghans”, to reach the point of being on the eve of unprecedented intra-Afghan negotiations.

“No matter what tactics they employ to de-rail the peace process, they cannot be allowed to succeed,” she insisted.

June incidents that require further verification, said the Mission, include the 22 June attack in Kabul, when armed men on a motorbike opened fire on a vehicle, killing all five passengers inside, including one prosecutor, working in the Bagram detention facility; and the 27 June incident also in the capital, when an Afghanistan Independent Human Rights Commission staff member and driver, were killed by an improvised device, when they were traveling to work.

The UN reiterates that attacks deliberately targeting Afghanistan’s civilian population are serious violations of international humanitarian law that may amount to war crimes.

UNAMA also drew attention to the continued harm to civilians from the use of indirect fire during ground engagements, in civilian-populated areas, that has caused roughly 25 per cent of civilian casualties in the second quarter of 2020.

The Mission’s continued call for an end to violence is also immediately linked to the need for all parties to provide the necessary focus and resources to combating the COVID-19 pandemic, “a serious threat to everyone in Afghanistan”.

♦ Receive daily updates directly in your inbox - Subscribe here to a topic.
♦ Download the UN News app for your iOS or Android devices.
Afghanistan|unama 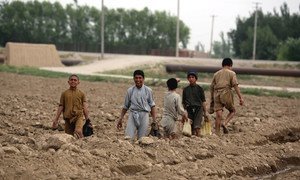 The COVID-19 pandemic is not just a health emergency, but a multi-dimensional crisis for Afghanistan, dealing its people a painful blow just as Kabul and the Taliban prepare for peace talks in Qatar, the top UN official in the country says. 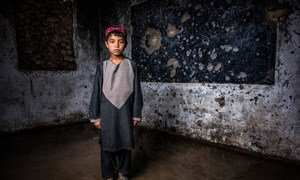