WFP/Khudr Alissa
The World Food Program is distributing food to vulnerable families in Aleppo, Syria, and are ensuring they are aware of COVID-19 and how they can stay safe.

With war-weary Syria in economic freefall and protesters back on the streets, all sides – domestic and international – must find a way forward that helps its people overcome their suffering and shape their own future, UN Special Envoy Geir Pedersen says.

He told the Security Council on Tuesday – meeting via video-teleconference - that he is ready to convene a third session of the Syria-led and Syrian-owned constitutional committee in Geneva, towards the end of August, given COVID-19 travel restrictions.

But he warned that the realities now facing the Syrian people – more than 80 per cent of whom are estimated to be living in poverty after a decade of conflict – cannot solely be addressed through constitutional talks.

With five international armies operating inside Syria, and the United States and the European Union imposing “significant sanctions,” Syrian parties will be hard-pressed to resolve the country’s myriad challenges without real diplomacy among key international players with influence, he said.

“Syria is going through a time of great flux. Nobody involved in the conflict should presume that time is on their side.  Nobody should be sure that there will be better openings down the road,” Mr. Pedersen said.

“What is required is the readiness of all to deal seriously with the realities of the conflict,” he said, pledging to work with all sides to address the conflict in a way that restores Syria’s sovereignty, ends the acute suffering of the Syrian people and enables them to chart their own future.

The Special Envoy briefed the Council as Syria finds itself in the throes of economic collapse – aggravated by the COVID-19 pandemic and neighbouring Lebanon’s banking crisis - with the Syrian lira plunging in value and inflation on the rise.

The World Food Programme (WFP) warns that 9.3 million Syrians are living in food insecurity, with more than 2 million more at risk.

Mr. Pedersen reiterated the United Nations’ call for unimpeded humanitarian access, including scaled-up cross-border deliveries, given both increased civilian suffering and the coronavirus pandemic, with 183 reported cases so far.

Mr. Pedersen noted that in recent weeks, Syrians have staged street protests in Sweida, Daraa and Idlib against a range of grievances.  Meanwhile, Russian mediation helped to avert a violent confrontation in Tafas, in the geopolitically sensitive south-west.

In the north-west, he reported that increased shelling and reports of pro-government air strikes and new civilian displacements are casting a shadow over a relative state of calm agreed by the Russian Federation and Turkey.

He appealed for sustained calm in Idlib and elsewhere and for a nationwide ceasefire to be put into place in line with Council resolution 2254 (2005), alongside efforts to prevent a resurgence of Islamic State in Iraq and the Levant (ISIL/Da’esh).

He also reiterated his call for Damascus and all other Syrian parties to free detainees and abductees - especially women, children, the elderly and the sick - and for more meaningful action on missing persons.

Acknowledging “real and substantive differences” among international as well as Syrian players, he said that difficult issues will not be resolved through political positioning.

“They need to be the subject of real discussion and diplomacy” he said, adding that he is convinced that there are common interests upon which to build understanding – as well as a common commitment to move forward on resolution 2254 and support the UN-facilitated political process. 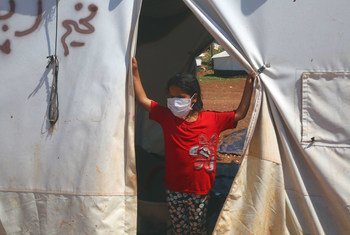 The COVID-19 crisis has caused a dramatic spike in the number of Syrian refugees in need of emergency assistance in the last three months, UN humanitarians said on Tuesday, in an appeal for funding to confront new challenges posed by the health emergency. 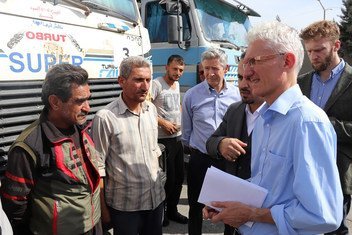