© UNICEF
A 13-year-old boy collects water in Ammar Bin Yasser, a camp for people displaced by the conflict in Yemen.

More than eight million people in the war-torn country, nearly half of them children, directly depend on the agency for water, sanitation and hygiene (WASH), amid ongoing conflict, cholera outbreaks and the COVID-19 pandemic.

However, UNICEF reported that its $479 million appeal for Yemen is less than 40 per cent funded. Unless it receives $30 million by the end of the month, WASH operations for four million people will have to be shut down.

“This means UNICEF will not be able to provide fuel to operate water pumping stations, or de-sludge sewage, or maintain crumbling water and sanitation infrastructure”, said Marixie Mercado, spokesperson for the agency.

“It means we will not be able to distribute basic family hygiene kits that include soap, which is so critical for preventing both cholera and COVID in a context where millions don’t have access to handwashing facilities.”

More than 137,000 cases have been recorded since the beginning of the year; nearly a quarter of them among children under five.

Five years of fighting between Yemeni government forces, backed by international allies, and rebels known as Ansar Allah, have left roughly two-thirds of the population, or more than 24 million people, reliant on aid relief.

International donors this month announced $1.35 billion in pledges for the country. So far, nearly half, or $637 million, has been paid, the UN humanitarian affairs office, OCHA, said on Friday.

Yemen recorded its first case of COVID-19 in April. By this week, there were more than 560 cases, including 130 deaths, according to the World Health Organization (WHO).

Reports continue to indicate that many more people are symptomatic and are dying with COVID-19-like symptoms.

Yemenis suffering mild and moderate symptoms are only seeking healthcare when they are critically ill, probably due to fear of stigma, safety concerns and inability to access testing.

Priorities are centred around community engagement campaigns aimed at suppressing virus transmission, and on procuring and distributing medical supplies and equipment. 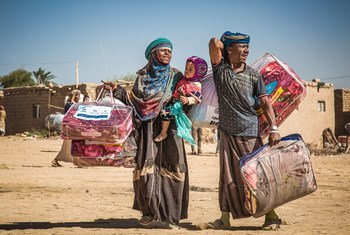 More than five years of conflict have left Yemenis “hanging on by a thread, their economy in tatters” and their institutions “facing near-collapse”, the UN chief told a virtual pledging conference on Tuesday, calling for a demonstration of solidarity with some of the world’s poorest and most vulnerable. 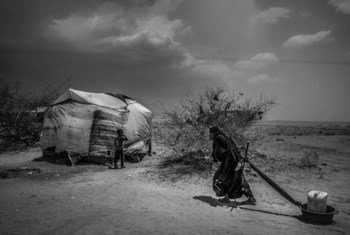 FROM THE FIELD: COVID-19-related ‘tragedy’ unfolding in Yemen

A “tragedy” fueled by the spread of COVID-19 which is unfolding in Yemen could affect millions of people there, an international UN-backed pledging conference is expected to hear on Tuesday.