UN Photo/Eskinder Debebe
Secretary General António Guterres during a wreath-laying ceremony on the occasion of the International Day of United Nations Peacekeepers 2020.
29 May 2020
Peace and Security

To honour the more than 3,900 women and men who have lost their lives under the UN flag since 1948, Secretary-General António Guterres laid a wreath at the Peacekeepers’ memorial on Friday, International Day of UN Peacekeepers.

#WomenInPeacekeeping are on the front lines of the #COVID19 response in already fragile situations, working to support communities and protect the vulnerable.

We must do more to achieve women’s equal representation in all areas of peace & security. #PKDay pic.twitter.com/nxmjOIYuxp

At a related event, he upheld that while the COVID-19 pandemic has changed almost everything the Organization does, it has not inhibited the powerful sense of “service, sacrifice and selflessness”, of the more than 95,000 women and men serving in 13 peacekeeping operations worldwide.

“Every day, our peacekeepers continue to protect vulnerable local populations, support dialogue and implement their mandates while fighting COVID-19”, said the UN chief. “They are doing everything they can to be an integral part of the solution to this crisis while keeping themselves – and the communities they serve – safe”.

Peacekeeping chief Jean-Pierre Lacroix noted their “tremendous contributions towards peace”, and paid tribute to “the service of those peacekeepers who paid the ultimate sacrifice”, saying in a tweet that it was “their memory that we continue to carry our work forward”.

Under this year’s theme, “Women in Peacekeeping: A Key to Peace”, Mr. Guterres emphasized how women help improve all aspects of UN peacekeeping, saying it is “more effective for everyone when we have more women peacekeepers at all levels, including in decision-making”.
“We will continue to do everything we can…to reach this goal”, he stated.

During an awards ceremony, the Secretary-General formally bestowed the ‘2019 Military Gender Advocate of the Year Award’ on Commander Carla Monteiro de Castro Araujo, a Brazilian naval officer serving with the UN Mission in the Central African Republic (MINUSCA), and to Major Suman Gawani from India, who served in the UN Mission in South Sudan (UNMISS).

As UN peacekeeping has evolved to better reflect the populations it serves, women have become increasingly more involved, generating positive impacts in areas ranging from servicing in a police or military role, as well as civilian.

In all areas, women have proved that they can perform the same roles, to the same standards and under the same difficult conditions, as their male counterparts, bolstering women’s rights at the same time. 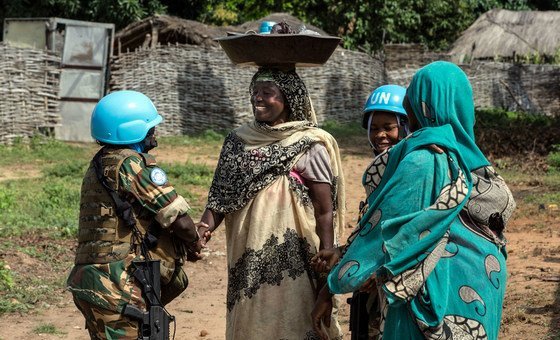 Women ‘blue helmets’ have greater access to communities, help promote human rights and the protection of civilians, and encourage women to become a meaningful part of peace and political processes.

They help to build trust and confidence with communities and support local women, such as by interacting with those who are prohibited by custom from speaking on equal terms with men.

These peacekeepers also work to mitigate the disproportionately negative effect that conflict has on women by addressing the needs of women in conflict and post-conflict settings – including those of women ex-combatants and child soldiers during the process of demobilizing and reintegration into civilian life –  and serve as mentors and role models, setting examples for affected women and girls to advocate for their own rights and pursue non‐traditional careers.

♦ Receive daily updates directly in your inbox - Subscribe here to a topic.
♦ Download the UN News app for your iOS or Android devices.
peacekeeping|International Day of UN Peacekeepers|women in peacekeeping|COVID-19|coronavirus 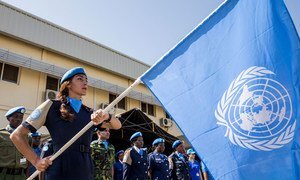 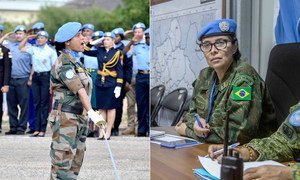