UN Photo/JC McIlwaine
UNMISS Police marks UN Peacekeepers Day Commemoration ceremony and parade on the occasion of the International Day of United Nations Peacekeepers (29 May). The event was held in Juba, South Sudan, at the headquarters of the United Nations Mission in South

“[We] honour more than one million men and women who have served as United Nations peacekeepers and the more than 3,900 who have lost their lives in the line of duty”, he said in a video message for the occasion.

The UN chief will also award, posthumously, the Dag Hammarskjöld Medal to the 83 military, police and civilian peacekeepers who lost their lives in 2019.

The Secretary-General’s message also expresses gratitude to the 95,000 civilian, police and military personnel currently deployed around the world, saying, “they are facing one of the greatest challenges ever: delivering on their peace and security mandates while helping countries to address the COVID-19 pandemic”.

Women in Peacekeeping, this year’s theme, highlights their central role in UN operations.

“Women often have greater access in the communities we serve, enabling us to improve the protection of civilians, promote human rights and enhance overall performance” observed the UN chief, adding that “yet, women continue to represent only six per cent of uniformed military, police, justice and corrections personnel in field missions”.

The Secretary-General will also bestow the ‘2019 Military Gender Advocate of the Year Award’, for the first time, to two peacekeepers.
Commander Carla Monteiro de Castro Araujo, a Brazilian naval officer serving with the UN Mission in the Central African Republic (MINUSCA) and Major Suman Gawani, from India, who served in UN Mission in South Sudan (UNMISS) will receive the accolade.

Created in 2016, the Award recognizes an individual peacekeeper’s work in promoting the principles of UN Security Resolution 1325 on women, peace and security.

“As we commemorate the 20th anniversary of Security Council resolution 1325 on Women, Peace and Security, we must do more to achieve women’s equal representation in all areas of peace and security,” asserted the Secretary-General.

Jean-Pierre Lacroix, Under-Secretary-General for Peace Operations, pointed out that amidst the constraints of COVID-19, as peacekeepers continue to carry out their essential work, it is imperative to ensure women’s “meaningful, equal and full participation in peace operations… and political processes”, saying that they are “key to protecting civilians and building durable peace”.

“Women who serve in peace operations play an essential role in helping communities in the fight against COVID-19”, he added. “They must be a central part of all international, national and local responses”. 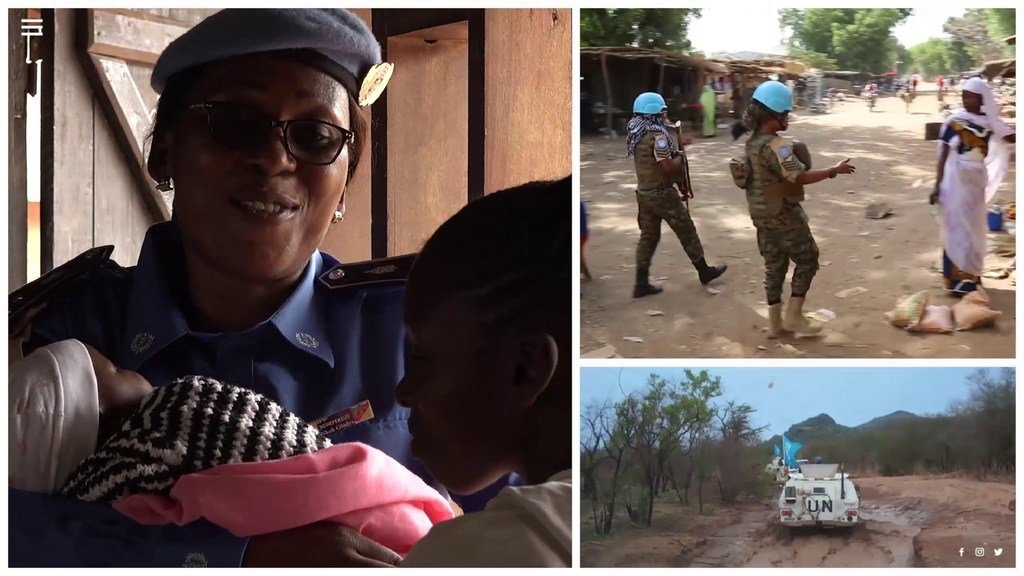 UN
“Military Gender Advocate of the Year Award” recognizes the dedication and effort of an individual military peacekeeper in promoting the principles of UN Security Resolution 1325 on Women, Peace and Security.
♦ Receive daily updates directly in your inbox - Subscribe here to a topic.
♦ Download the UN News app for your iOS or Android devices. 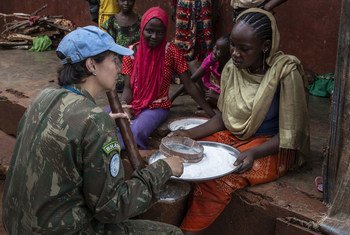 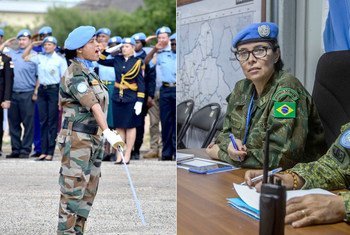