Ursula Mueller was briefing ambassadors on aid efforts in Idlib, where nearly 950,000 people have fled their homes since December as the military launched an assault against the last rebel-held stronghold in the country.

“The cross-border modality is absolutely essential to our response in the northwest.  People in Idlib cannot currently be reached at this scale, in such a timely and direct manner, through any other means”, she said.

A massive humanitarian operation is underway in the region as Syrians continue to flock to overcrowded areas near the Turkish border, amid sub-zero temperatures in which children have frozen to death.

The UN Secretary-General has described the crisis as a “man-made humanitarian nightmare”.

Aid organizations had initially sought $336 million for the region but last week the appeal was increased to $500 million.

More than one million fed in January

Ms. Mueller reported that through the cross-border mechanism, food assistance for roughly 1.4 million people was delivered during January.  Health supplies for almost half a million people, as well as non-food items for more than 230,000, were also brought in.

“That is more than in any other month since the cross-border operation was authorized in 2014”, she said.

Despite these efforts, families are not getting enough food and clean water, while heating is a struggle, said Ms. Mueller, who spoke with a group of Syrian women humanitarian workers last week.

“One of the women, who works as a midwife in Idlib City, told me she can see how the intensely stressful situation is impacting her patients: early deliveries, miscarriages, and low-weight births are on the rise.  Pregnant women are asking her for caesarian deliveries out of fear of going into labour while on the move and without medical care”.

UN Photo/Evan Schneider
Henrietta Fore, Executive Director of the UN Children's Fund (UNICEF), briefs the Security Council during a meeting on the situation in Syria.

While the situation in Idlib is “worsening by the day”, it is but the latest devastating development in a war that has lasted nearly a decade, said the head of the UN Children’s Fund.

UNICEF Executive Director Henrietta Fore urged Council members to “speak with one united voice” and stand up for the children of Syria.

“We desperately need a cessation of hostilities in northwest Syria. In the meantime, we need regular humanitarian pauses to allow civilians to move safely out of harm’s way if they can and wish to do so. This would also give aid workers the room they need to provide urgent care for people in need and conduct impartial assessments, including across borders”, she said.

Support to civilians in the north-east

The UN and partners were delivering aid, including medical and surgical supplies, through the Al Yarubiyah crossing point  with Iraq up  until early January of this year.

However, it was removed as an authorized crossing point following a Security Council resolution, prompting the UN to seek alternate means.

In a report, the UN Secretary-General stated that the Tal Abiyad crossing with Turkey would be “the most feasible option”.

For this to work, the report said the Syrian Government would have to ensure timely approval for medical supplies to be imported into the country, and a “simplified, expedited and reliable approval process” for overland deliveries into the north-east from the capital, Damascus.

The authorities also would have to ensure humanitarians can reach all people in need, impartially and without discrimination.

“Yesterday, in response to our request for overland access to north-east Syria, we received general approval from the Government of Syria to transfer medical assistance by land to all parts of the country”, Ms. Mueller told the Council.

“This is a welcomed development and one which we hope will indeed translate into all types of required medical supplies and equipment reaching all people in need in the north-east, wherever they are located”. 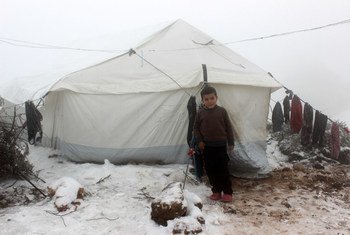 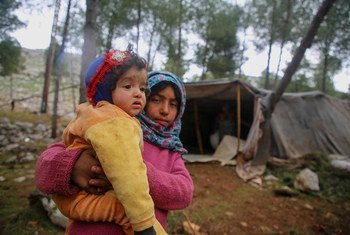 As the already dire situation in north-west Syria dramatically continues to worsen in Idlib province, the head of the United Nations refugee agency called on Thursday for an end to the hostilities and appealed for urgent action to allow the people trapped there to move to places of safety.