© UNRWA
Palestinian children ride a tuk-tuk (modified motorcycle and miniature pickup) on their way to school.

Christian Saunders said the funds would provide essential services throughout 2020, including life-saving humanitarian assistance for 5.6 million registered Palestine refugees across the Middle East.

He noted that the pledges of support UNRWA received at the General Assembly in December was “an overwhelming validation of the agency and of our mandate” and stressed the importance of donors and partners matching those commitments, to allow the agency to provide refugees with “protection and those critical services considered a basic human right”.

He said UNRWA would ensure “that every penny of public funding we receive is used wisely, properly and effectively.”

In 2020, Palestine refugees in the West Bank, including East Jerusalem, Gaza, Jordan, Lebanon and Syria will “continue to face daunting human development and protection challenges” precipitated by the occupation of the West Bank, the conflict in Syria, the political crisis in Lebanon and the growing needs in Jordan, said Mr. Saunders.

“We are stretched to our limits under our shrinking budgets and the growing needs of Palestine refugees who are impacted by the same volatility and unpredictability that people face in the Middle East every day”, he said.

The funds will be used for essential core services, including infrastructure, protection, social services and microfinance as well as to contribute to the realization of the Sustainable Development Goals (SDGs) and the 2030 Agenda.

Moreover, it will help to provide education to over half a million girls and boys in some 700 schools across the region and enable 8.5 million patient visits in its health facilities, similar to laast year 2019.

Until there is a just and durable solution, “we are the only agency able to provide the type of essential services that Palestine refugees are entitled to”, he maintained, calling on donors to strongly support UNRWA, and saying “your investment is very well-placed, it is an investment in a beleaguered people deserving of your continued support and it is an investment in the region’s stability”.

US proposal to end Israel-Palestine conflict

Turning to US President Donald Trump’s administration’s ‘Vision for Peace, Prosperity and a Brighter Future’ aimed to resolve the decades-long conflict between Israelis and Palestinians, the top UNRWA official said that “a lot of Palestinians are in a state of shock at this point in time, in a state of disbelief”.

Mr. Saunders said it was “extremely unsettling for the Palestine refugees living under occupation, under blockade, and through conflict after conflict and crisis after crisis, hoping for justice and human rights, and with the constant fear that the international community will one day abandon them”.

He recalled that in 2018, UNRWA’s largest donor at that time, the US, stopped its funding, cutting nearly one-third of the agency’s budget.

“The repercussions on our finances and plans were huge, but the support we received from our member States and partners was phenomenal”, he said, calling it “a true testament to the continued international commitment to Palestine refugees.”

Despite the potential implications of the loss of funding, the “incredible support allowed us to continue to provide vital services and protection to Palestine refugees”, he concluded. 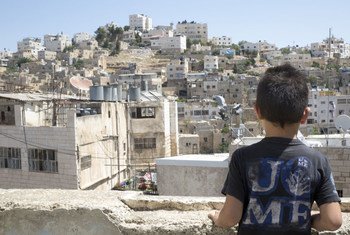 A United States plan released this week to resolve the decades-long conflict between Israelis and Palestinians is “lopsided” and will only entrench occupation, an independent UN human rights expert said on Friday. 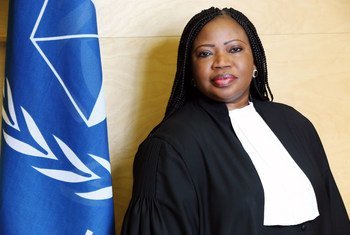