“The continuing loss of young lives and the daily bloodshed is intolerable”, said UN Special Representative Jeanine Hennis-Plasschaert, lamenting that “at least 467 protesters have been killed and over 9,000 injured since 1 October”.

She warned that that the use of force only costs “precious lives” and will not end the crisis.

A recent increase in the use of live ammunition by security forces, shootings by unidentified gunmen at protesters and “the continued targeted killing of demonstrators and human rights defenders, are alarming”, said Ms. Hennis-Plasschaert, who also heads up the UN Assistance Mission for Iraq (UNAMI).

She added it was “imperative” that Iraqi authorities protect the rights of peaceful protesters and ensure that use of force complies with international standards: “Equally important is full accountability: the perpetrators of unlawful killings and attacks must be brought to justice”.

Political action must replace indecisiveness to deliver on promises and intentions, she said, which requires building resilience both at “the State and societal levels” as “the only way forward to draw people out of despair and into renewed hope”, the Special Representative emphasized.

“Many have sacrificed everything to have their voices heard. Solutions are urgently needed”, she spelled out. “Iraq cannot afford the ongoing violent oppression nor the political and economic paralysis”.

The UNAMI Human Rights Office has been closely monitoring the human rights situation surrounding the demonstrations.

Since the protests over rising unemployment, years of corruption and failing public services began last October, UNAMI has issued three reports documenting human rights violations for the period 1 October to 9 December, and presented recommendations to the authorities.

It has recorded at least 19 demonstrators killed and over 400 injured by security forces in Baghdad, Basra, Dhi Qar, Diyala, Diwaniya, Karbala and Wassit, since 17 January.

Preliminary information points to the use of live ammunition and the impact of tear gas canisters as the chief cause of death, while additional injuries occurred as a result of security forces beating demonstrators with sticks.

Moreover, most violence used by security forces occurred in the context of attempts to clear roadblocks or disperse demonstrators.

And targeted killings continue against demonstrators and activists.

Since 1 October, there have been at least 28 incidents in which persons associated with demonstrations, either as participants, journalists covering the protests, or prominent activists, have been targeted by armed men or improvised explosive devices, resulting in 18 deaths and the injury of at least 13 others, including the targeted killing of two reporters for the Dijlah Television network.

UNAMI also continues to track and monitor reports of physical attacks against demonstrators, including stabbings, demonstrators and activists gone missing, and incidents of threat and intimidation.

Stressing the futility of violence in responding to the protests, Ms. Hennis-Plasschaert said that all efforts should instead focus on how to fully implement reforms and initiate a constructive dialogue to tackle the country’s problems.

“It is high time to restore confidence by setting aside partisanship, acting in the interest of the country and its people”, she concluded. “Hard work and goodwill gestures will resonate with the people, and will be met in kind, strengthening the country’s resilience as it seeks to emerge stronger from this crisis”. 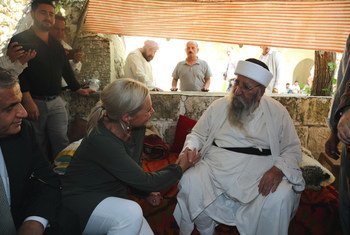 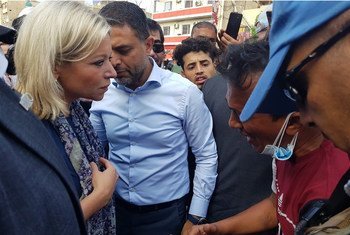