WHO/Lindsay Mackenzie
A member of the World Health Organization's (WHO) team tackling the Ebola outbreak in the Democratic Republic of the Congo travels by helicopter to Butembo in the east of the country in January 2019. 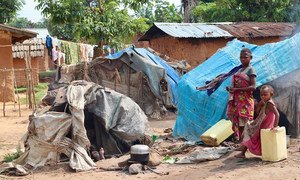 Tensions in eastern Beni territory in DRC’s North Kivu province have been rising since the launch of a Government-led security operation against the Allied Democratic Forces (ADF) on 30 October, UN refugee agency (UNHCR) spokesperson Charlie Yaxley told journalists in Geneva.

Armed groups have been targeting civilians and displaced populations in the region, killing scores of people and leaving others “caught in the crossfire”, he added. 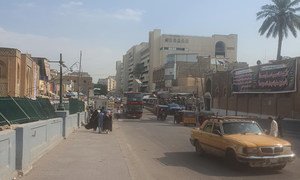 This has led to a rising number of deaths and injuries, Mr. Guterres said in a statement – including in the southern city of Nasiriyah.

“The Secretary-General reiterates his call on the Iraqi authorities to exercise maximum restraint, protect the lives of demonstrators, respect the rights to freedom of expression and assembly, and swiftly to investigate all acts of violence,” said the statement, issued late Thursday evening. 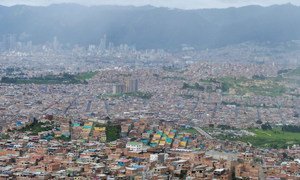 A UN-appointed panel warned this week about high levels of violence against indigenous rights defenders and community leaders, linked to foreign mining companies, in Colombia.

In a review of Colombia, the Committee on the Elimination of Racial Discrimination heard that more than 704 community leaders were murdered between January 2016 and mid-2019. Last month alone, 36 indigenous people were killed.

Rapporteur Maria Moreno told the Committee that every 72 hours, a human rights defender dies in Colombia, where there are more than 100 indigenous peoples and over 60 languages. Ethnic minorities lived in remote, mineral-rich parts of the country, which brought them into conflict with major development projects, the panel heard. 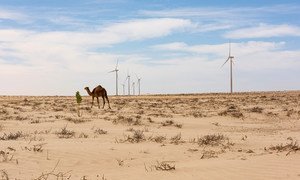 Climate change is happening – the world is already 1.1°C warmer than it was at the onset of the industrial revolution, and it is already having a significant impact on the world, and on people’s lives. And if current trends persist, then global temperatures can be expected to rise by 3.4 to 3.9°C this century, which would bring wide-ranging and destructive climate impacts.

That’s the stark warning from the international community ahead of the 2019 UN Climate Change Conference, known as COP25, which gets underway in the Spanish capital, Madrid, on 2 December. So, just two months after the Secretary-General convened a major Climate Action Summit at UN Headquarters in New York, what can be expected from COP25?

Learn more in our explainer here.

The UN High Commissioner for Human Rights, Michelle Bachelet, on Friday said the recent unrest in Ecuador “had a high human cost” and urged all actors in the country to engage in dialogue to prevent new conflicts and forge an inclusive society.

Ms. Bachelet also said that after reviewing the information she has received from a UN Office of Human Rights (OHCHR) mission dispatched to the from 21 October to 8 November, there was a need for an independent, impartial and transparent investigations into allegations of human rights violations and abuses committed during the protests from 3 to 13 October.

Listen to or download our audio News in Brief for 29 November on SoundCloud: