People across the world need to embrace “fundamental change” in order to combat climate change and meet the target of restricting the increase in global temperatures to 1.5 degrees Celsius, Claudio Forner, from UN Climate Change in Bonn, told UN News in an interview that took place following the Climate Action Summit.

He leads up the Ambition Team, which analyses the climate commitments made by countries, regions and cities across the world, which are vital to help slow down global warming.

Dozens of commitments were made at the Climate Action Summit 2019 hosted by the UN Secretary-General, in New York in September.

Chief amongst them was a move by many countries to reach a point by 2050 where the net balance of emissions of harmful carbon dioxide (CO2) gas is maintained at zero.

What does zero net CO2 emissions mean in practice?

The UN’s Intergovernmental Panel on Climate Change (IPCC) says to keep to the 1.5 degrees increase in global temperatures over pre-industrial levels, it is important to meet the target of zero net carbon dioxide or CO2 emissions by 2050.

This does not mean zero emissions as it is perhaps unrealistic to suggest that emissions could be entirely eliminated; however, any residual CO2 emissions that result have to be compensated by carbon captures. So, for example, you can capture CO2 from the atmosphere by planting more trees. There are also new technologies which can capture or remove CO2.

Are you optimistic that it can be achieved?

It’s not about being optimistic. If we don’t achieve it, we will have a global catastrophe within 50 years. The IPCC is clear in saying that a fundamental change is required in which every single person across the world is on board. So, I’m more worried than optimistic, and I think it’s crucial to mobilize the international community. What gives me some optimism is that we have seen examples of commitments at the Climate Action Summit. If you want to plant a forest you begin with one tree.  There are also strong signals by civil society and young people, demanding change.

An increase in the global temperature will see more of what we are beginning to see now; the climate going crazy. Hurricanes which are stronger and happen more frequently, of the type we are seeing in the Caribbean. There will be more persistent drought conditions, and irregular torrential rains, which will affect farming and livelihoods. The melting of arctic ice will hasten rises in sea-level leading to global flood conditions which could displace millions of people. In short, if we don’t act now, we will see far more extreme and destructive effects of climatic change.

Which initiatives would make the biggest difference?

A change to the way we produce and consume energy is essential and so is the way we manage our lands, including to produce our food. Initiatives that come to mind include those that eliminate coal in energy generation and increase renewables, that increase the efficiency of energy use, that emphasize public transport and enhance public transport, that reduce deforestation to zero and change our bad habits. It is important to develop policies alongside new technologies in order to reduce CO2 emissions. Several countries at the summit, for example, Chile, Germany, Italy and New Zealand pledged to abandon coal. That is a bold move. Other countries, like Guatemala, pledged to restore 1.5 million hectares of forestland by 2022 and Nigeria said it would employ youth to plant 25 million trees.

More than 60 countries committed recently to net zero-carbon by 2050…but not the world’s biggest polluters …China, the US and India…does it make any sense without these big three?

It’s impressive that the summit motivated so many countries in a short period of time.  Of course, in an ideal world, you would want everyone to be on board, but we are talking about a fundamental change.  So, there is progress and thus a reason to celebrate. The value is a political one as a significant number of countries are demonstrating leadership which it’s hoped others will follow. From a technological standpoint, it’s also important to show that moving towards zero net-CO2 is possible, that the solutions are available.

It’s important to mention that high-emitting cities and regions from the largest countries also joined the call for net zero. They include cities in China and the state of California in the US which have put forward ambitious carbon-neutral goals. And at the summit, almost 90 multinational companies, such as Danone, Nestlé and IKEA, committed to implement the 1.5 degrees target across their operations.

To what extent is a lack of investment and political will the most significant obstacles?

There is not a lack of money in the world, the problem is more where those funds are being invested. The key element is political will. If governments can pass policies which reflect the will of people when it comes to climate change, then they will be able to influence and legislate how, and where, investments are made.

What are the benefits…apart from reducing global warming?

Many countries are transitioning to a low-carbon, sustainable growth path because they see the many benefits. Cleaner air means improved health and psychological well-being. There are opportunities for job creation. The UN estimates that 65 million low-carbon jobs could be generated by 2030. For example, the UN’s International Labour Organization (ILO) says that 2.5 million jobs will be created in renewables-based electricity, offsetting some 400,000 jobs lost in fossil fuel-based electricity generation. And six million jobs can be created by transitioning towards what is known as a “circular economy” which includes activities like recycling and repairing.

Ultimately, this transition, this global transformation, represents a new world to which we need to adapt, which comes with costs but also huge opportunities.

What would life be like in a zero-carbon country?

We are not talking about foregoing benefits and wellbeing, is about how we achieve this.  We will still have energy, but it will come primarily from clean sources.  We would use safer and smarter transport.  Vehicles will be electric and people will use more public transport or bikes.  Our diets may also change and there would be a lot less food waste; however, I don’t think people would stop eating meat, the production of which is a significant contributor to global warming.

We are looking at a world where a change of behaviour is facilitated by new technologies. So, it’s less about the services or benefits people receive, and more about how those services are provided. We can all still enjoy a good quality of life, whilst ensuring the sustainable development of the world. 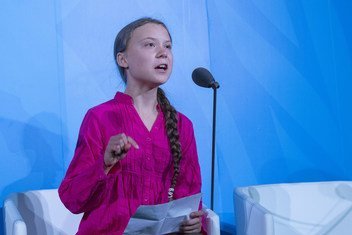 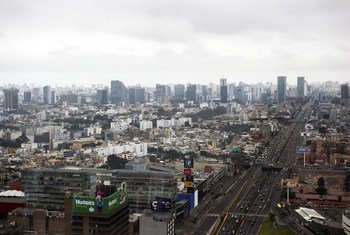