UNICEF/Almahbashi
Millions of children across Yemen face serious threats due to malnutrition, in particular, and the lack of basic health services, in general.

Although the world has made historic gains over the past three decades in improving children’s lives, urgent action is required if the poorest children are to feel the impact, a new UN report published on Monday warns.

The study by the UN Children’s Fund (UNICEF) calls on countries to recommit to promises made under the Convention on the Rights of the Child, adopted 30 years ago.

Henrietta Fore, UNICEF Executive Director, noted that while increasing numbers of children are living longer, better and healthier lives, the odds continue to be stacked against the poorest and most vulnerable. 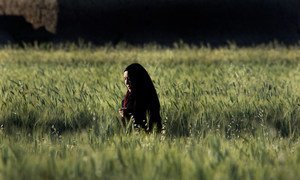 Over the last three months (August to October 2019), around one-third of the Afghan population required urgent humanitarian action, according to the latest Integrated Food Security Phase Classification (IPC) Alert, released on Monday, which declares that some 10.23 million people are living in a state of “severe acute food insecurity”.

The IPC, a coalition of UN agencies and other partners, classifies food insecurity in five distinct phases, from phase 1 (Minimal/ None), to phase 5 (Catastrophic/Famine): around 2.44 million Afghan are believed to be in an Emergency situation (phase 4), and 7.79 million in a Crisis situation (phase 3).

Negotiating a nuclear-weapons-free zone in the Middle East 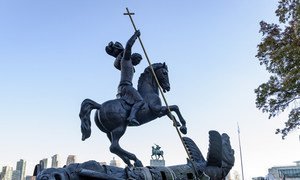 On Monday, Secretary-General António Guterres told the first session of the conference on establishing a Middle East Zone Free of Nuclear Weapons and Weapons of Mass destruction that first and foremost, such zones put “a permanent end to the possibility of nuclear conflict in a given region”.

Moreover, they provide tangible security benefits and enable groups of States to contribute to global norms and disarmament progress.

For his part, the President of the UN General Assembly, Tijjani Muhammad-Bande, underscored that when it comes to global security threats, dialogue is imperative to find consensual agreements.

More than 5.4 million children are detained around the world, rights experts said on Monday, highlighting “aggressive” State counterterrorism measures for the spike in youngsters held for alleged links with armed conflict or national security concerns based on their social media posts.

From children recruited by extremists to street children, those with disabilities and others who travel with asylum-seekers and migrant families, depriving them of their liberty increases the likelihood that they will be abused or worse, the UN Global Study on Children Deprived of Liberty noted.

According to the report, children have been increasingly detained and prosecuted in the context of armed conflict or national security concerns for their online activities, “including posts to Facebook and Twitter”.

More in our story. 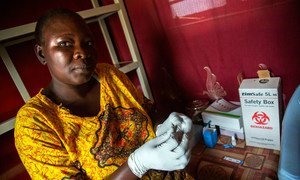 The World Health Organization, WHO, and the African Union (AU) Commission cemented their mutual commitment to global health by signing an historic agreement on Monday.

In Geneva, WHO Director-General Tedros Adhanom Ghebreyesus and AU Chairperson Moussa Faki Mahamat signed a Memorandum of Understanding (MoU) at WHO Headquarters to expand their relationship and cooperation in this arena.

At the signing ceremony, both officials stressed that the deepened partnership will help enable the necessary political support and country-level implementations to improve the health and well-being of people across the African continent.

Listen to or download our audio News in Brief for 18 November on SoundCloud: