In an update on the situation in Ituri and North Kivu provinces, nearly 11 months after the outbreak began, the World Health Organization (WHO) reported 2,284 cases of infection so far, and 1,540 deaths.

At the same time, the UN human rights office, OHCHR, announced that a “robust” probe found that 117 people had been killed in “several massacres” involving multiple villages in gold-rich Ituri, between 10 and 13 June.

“The investigative team confirmed that at least 94 people had been killed in Djugu territory and 23 in Mahagi territory, including an as yet undetermined number of women and children,” OHCHR spokesperson Marta Hurtado said. “Some of the victims were beheaded. Homes and warehouses were burned down after being looted. The ferocity and scorched-earth nature of the attacks suggests the assailants intended to prevent survivors from being able to return to their villages.”

"Since the beginning of the outbreak, we have recorded 2,284 cases and 1,540 people died from the disease, but at the same time we have 637 people who survived the disease," -- @WHO provides an update on the #Ebola outbreak in the DRC. pic.twitter.com/S3RANU4fBH

Most of the victims belonged to the Hema community, while the remainder were Alur people, Ms. Hurtado said. The attackers were reportedly from the Lendu community, she added, her comments echoing an earlier alert from the UN refugee agency, UNHCR, that thousands of people displaced by violence had arrived in Uganda this month, with an average of 311 people crossing the border daily, double the number for May.

Despite the insecurity, WHO insisted that frontline workers were doing all they can to tackle Ebola in north-east DRC.

“We had 637 people who survived the disease, and I think this is important”, said Dr. Ibrahima Soce Fall, WHO Assistant Director-General for Emergency Response.

Briefing journalists in Geneva, he noted that around 90 people are currently receiving treatment for Ebola virus disease infection, while new cases have dropped from 106 two weeks ago, to 79 last week.

Major urban centres of Butembo and Katwa were now seeing only “sporadic” cases of infection, thanks to full access, Dr. Fall explained, before cautioning that in Beni, a large town in North Kivu, Ebola had claimed nine lives since Monday.

Contact tracing there and other preventative work was slowed earlier this week, he added, amid attacks by taxi drivers who were upset about the death of a colleague who sought help too late.

Turning to remote areas, Dr. Fall confirmed that the “very volatile” security situation had complicated the WHO’s work to tackle “a new hotspot” in Mabalako and Mandima.

“The outbreak started there last year and spread to other regions,” he said, “so it’s important to break the vicious cycle, to contain very quickly the situation in Mabalako and Mandima, where we have more than 55 per cent of the cases coming from.”

For the first time in the current outbreak, Ebola has also reached small forest-based villages such as Alima, where access is “more challenging”, thanks to the presence of armed groups from DRC and neighbouring Uganda, Dr. Fall said.

“You cannot just say, ‘I have access, I can go,’” he explained. “You have to negotiate, you have to assess,” conscious that the “risk is still important, because as you know, with Ebola, you only need one case to start spreading or one high-risk contact not followed, transfers the disease”.

‘No transmission’ in Uganda

Asked about the infection threat in Uganda, where three people with Ebola died earlier this month after arriving from DRC, the WHO official insisted “there has been no transmission” of the virus.

More than 1,200 people with potential links to the deceased have been vaccinated in Uganda, he continued, noting that some 5,000 frontline healthworkers had already received the jab before the disease was declared in the country on 11 June.

This is in addition to the 150,000 people vaccinated against Ebola in DRC.

“Over 68 million people have been screened at the border to make sure that they are not moving with the disease,” Dr. Fall said. “And we have identified so far 19 cases at the border level that were detected since the beginning of the outbreak; 19.”

Despite this high level of preparedness at the border, Dr. Fall insisted that there were many more “unofficial” crossings, which meant that the risk of Ebola transmission remained high among DRC’s regional neighbours, South Sudan, Rwanda and Burundi.

Faced with this threat, he called for sustained international support for the campaign against Ebola.

WHO’s current funding needs are $98 million in DRC, of which $43.6 million has been received.

The budget to prevent transmission in Burundi, Rwanda, South Sudan and Uganda is almost $70 million for the last 12 months - a 40 per cent funding gap remains.

“We need to continue investing…in preparedness, because the risk is still there,” Dr. Fall said. “Since the beginning of the year we didn’t get any financing for preparedness in neighbouring countries. It’s really important to continue to invest in preparedness.”

Ebola in DR Congo: conflict zones could constitute ‘hiding places’ for the deadly virus – WHO chief 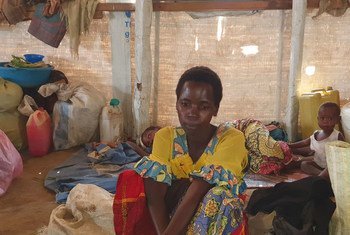 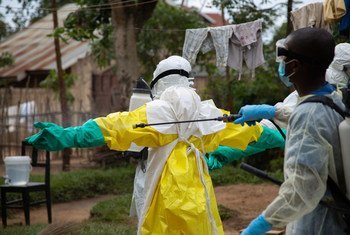