China was once considered to be the "Kingdom of the Bicycle,” with bikes dominating city streets across the country, but over the past four decades, China’s dramatic economic prosperity and urbanization has seen many people move to motor vehicles as their primary means of transport, contributing to a marked deterioration in air quality.

In Hangzhou, a city in eastern China that was once described by the Italian explorer Marco Polo as “the finest and most splendid city in the world,” air pollution has had a devastating effect. According to data backed by the World Health Organization (WHO), Hangzhou’s air pollution is well over WHO’s safe level.

However, in a bid to improve public health and the environment, the Hangzhou authorities have put a fresh emphasis on cycling, which, allied with digital technology, is helping to cut pollution: other cities are following their example.

Over the past decade, the local government has been improving bike-friendly infrastructure, such as lanes and traffic signals created solely for cyclists, and has provided almost 86,000 public bikes. A smart card allows users to easily access all forms of public transport, from bikes to boats to buses.

“All together there have been 760 million rides, that’s almost half the population of China,” says Tao Xuejun, general manager of the Hangzhou Public Bicycle Service. “So far, more than 400 cities in China have adopted our project. Our dream is to promote our model across China and all over the world.”

As a result of these initiatives, according to Tao, cycling has become a popular choice for both local citizens and tourists, and the efforts of the Government-run company have been rewarded with international recognition, including the International Ashden Award for Sustainable Travel in 2017.

A mobile app that plants millions of trees

As well as leading the Chinese cycling resurgence, Hangzhou is home to an innovative way to encourage more sustainable lifestyles, with an app that is helping to stop desertification, cut air pollution and plant millions of new trees.

The “Ant Forest” mini-program, a Hangzhou-based project from giant Chinese payments and lifestyle app Alipay, incites users to make small, environmentally friendly decisions in their daily lives, such as cycling rather than driving to work, or recycling clothes. When users perform any carbon-reducing activities, they are rewarded with “green energy” points.

As they accumulate enough virtual points, a real tree is planted. According to Ant Financial, more than 100 million trees have been planted, thanks to the low-carbon actions of 500 million individuals, roughly 5% of the world's population.

Beijing’s fight to see through the haze

Internationally, one of the best-known examples of harmful air pollution affecting quality of life in a city, is the Chinese capital, Beijing.

Beijing’s remarkable development over the last two decades saw a significant, and visible, rise in air pollution, due to a combination of factors, including coal-related pollutants; the growth of motor transport, especially logistics freight trucks; heavy industry; and dust from buildings and roads, according to one of the main authors of a UN led report, A review of 20 Years’ Air Pollution Control in Beijing.

Fine particulates – tiny, invisible airborne particles – are largely responsible for deaths and illnesses from air pollution. The smallest, and deadliest, are called PM2.5 particles, which bypass the body’s defences and lodge in the lungs, bloodstream and brain. Business, public buildings and households account for around half of PM2.5 emissions.

Today, fine particulate pollution in Beijing’s air is still 7.3 times the safe level the WHO’s annual safe level, but the local and regional governments have managed to improve the situation in recent years.

By working together on a strategy to tackle the problem, by using the legal, economic and technological tools at its disposal, the concentration of fine particles in the air fell by one third, beating the target set by the State Council, China’s main administrative body.

“Beijing has achieved impressive air quality improvements in a short amount of time,” said Dechen Tsering, Director of UN Environment’s Asia Pacific Regional Office. “It is a good example of how a large city in a developing country can balance environmental protection and economic growth,” she stressed.

China is hosting the 2019 UN World Environment Day on June 05, with air pollution as the theme, The main events marking the day, will take place in Hangzhou.

Clean Capital - Beijing’s bold moves to #BeatAirPollution
♦ Receive daily updates directly in your inbox - Subscribe here to a topic.
♦ Download the UN News app for your iOS or Android devices. 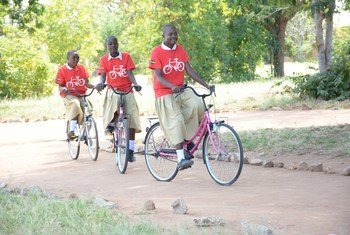 The simple, affordable, and environmentally friendly bicycle is not just a means of transportation, but also “a tool for development”, the United Nations said in a message on Monday commemorating World Bicycle Day. 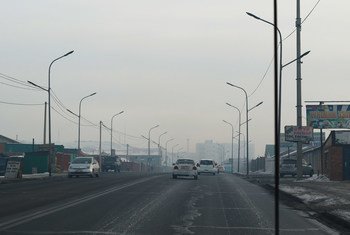