© UNHCR/Andrew McConnell
A woman stands on her balcony in the El Khalideh neighbourhood of the Old City of Homs, in Syria. (March 2019)
30 April 2019
Peace and Security

It will take “action and tangible progress” between Syrian Government and opposition leaders, not just dialogue, to bring about lasting peace said the UN Special Envoy for the war-torn country on Tuesday, stressing that Syria “contains many threats for renewed escalation”.

Geir Pedersen, in his second briefing in the job to the UN Security Council in New York, said he had been “doing everything I can” in the past eight weeks, to consult and help bring the "key players" closer together both inside and outside the country.

“Even where violence has abated, the toll of suffering remains staggering”, he said. “There is a desperate need to meet the humanitarian and protection needs of Syrians across the country.”

He noted the “terrible situation” facing 73,000 in the overcrowded Al Hol camp, where many of the families of former extremist fighters, are alongside those displaced by the fall of ISIL – 92 per cent of them women and children.

Helping facilitate “concrete action” over those detained or abducted during eight years of war, would be “an important confidence building measure” said Mr. Pedersen, highlighting also the fate of tens of thousands who have gone missing. “The scale of this issue is of unprecedented proportions. It obliges us to continue our collective attempts to make progress”, he said, adding it would take “months if not year of meticulous and committed work.”

UN Photo/Loey Felipe
Geir Pederson, the UN Special Envoy of the Secretary-General for Syria, addresses the Security Council on 30 April 2019.

Scale of suffering ‘weighs heavily on me’

For a political solution to work, it would have to meet the aspirations of the people said the Special Envoy, saying that only weeks into the role, the “terrible scale” of suffering “and the uncertain future of millions, weighs heavily on me, as it should us all.”

The Women’s Advisory Board, he said, “continues to remind us of the specific security, economic and human rights concerns of Syrian women - women who bring diverse experiences and views to the table and share the right to have a voice at the table.”

He expressed optimism that the stalled negotiations over an inclusive Constitutional Committee, to draft a new political roadmap for Syria, could now move forward: “I believe the final terms of the mandate can be agreed, with a modicum of goodwill…Work continues to identify a set of names that, when viewed in totality, can have the support of all concerned” to serve, he added.

Finally, he called for further international engagement and support for a Syrian-led and owned process. “I remain convinced that key international players agree on far more than it might seem", he said, noting that external intervention was “a hard reality of the conflict".

"Syria’s sovereignty, independence, unity and territorial integrity, must be respected and restored - but saying so will not make it so", said Mr. Pedersen.

“External intervention poses real threats to international peace and security. Five international armies operate across Syria’s land and airspace, in tension or even in conflict, generating risks for dangerous escalation. These risks must be contained and ultimately removed”, he told Council members.

He concluded on an upbeat note, said progress was being made: “I hope that next time I brief you, I will be able to report tangible achievements on the long road to a political settlement.” 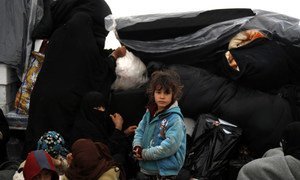 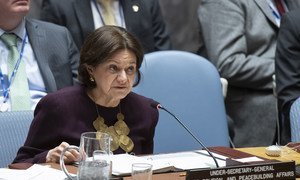