PATH
The malaria vaccine is administered to a five-month old child at Mkaka in Malawi. (April 2019)
23 April 2019
Health

The disease remains on the of the world’s leading killers, with one child dying every two minutes. Most of the fatalities are in Africa, where more than 250,000 children die each year.

Known officially as the RTS,S, vaccine, it will also be introduced in Ghana and Kenya in the coming weeks. “We have seen tremendous gains from bed nets and other measures to control malaria, but progress has stalled and even reversed in some areas”, said WHO Director-General, Tedros Adhanom Ghebreysus.

The new #malaria vaccine has the potential to save tens of thousands of children’s lives. @WHO welcomes the Government of #Malawi’s launch of the world’s first malaria vaccine today in a landmark pilot programme. https://t.co/1gwiV6WD0E pic.twitter.com/TlKnzoayP6

“We need new solutions to get the malaria response back on track, and this vaccine gives us a promising tool to get there”, he added. “The malaria vaccine has the potential to save tens-of-thousands of lives.”

‘Thirty years in the making’

RTS,S, is the first and only vaccine so far, that has demonstrated it can “significantly reduce” malaria in children so far, during clinical trials. It was successful in approximately four in 10 cases, including three in 10 cases, where the disease was life-threatening to the young patient.

WHO’s Regional Director for Africa, Dr. Matshidiso Moeti, said malaria was “a constant threat” to the communities where it was being administered in the coming weeks. “We know the power of vaccines to prevent killer diseases and reach children, including those who may not have immediate access to doctors”, she added.

The pilot programme is a collaboration between the UN and ministries of health in Ghana, Kenya and Malawi and a range of other national and international partners, including PATH, a non-profit organization, and GSK, the vaccine developer and manufacturer, which is donating up to 10 million doses for this pilot.

“We salute WHO and Malawi for their leadership in realizing this historic milestone,” said Steve Davis, President and CEO of PATH, “and we look forward to the start of vaccination in Ghana, and then Kenya later this year. A vaccine for malaria is among many innovations needed to bring an end to this disease, and we proudly stand with all countries and our many partners in progressing towards a malaria-free world.”

The malaria vaccine pilot aims to reach about 360,000 children per year across the three countries. Dr. Seth Berkley, Chief Executive of the global public and private sector vaccine alliance, Gavi, said that Malaria continues to be “one of the biggest killers of children worldwide”, taking the lives of over 200,000 every year.

“These pilots will be crucial to determine the part this vaccine could play in reducing the burden this disease continues to place on the world’s poorest countries,” he noted. 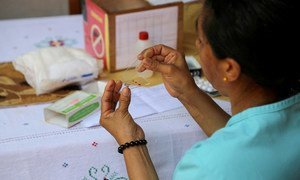 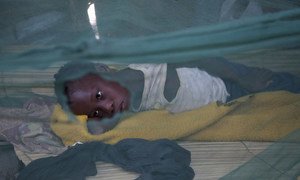