UNICEF/UNO0255283/Chris Steele-Perkins
Ten-year-old girl sleeps under a mosquito net with many holes, near Maganja da Costa, Mozambique. She has malaria, and is born with a club foot.

The study reveals that, while new cases fell steadily up until 2016, the number rose from 217 million to 219 million in 2017: the targets set by the WHO Global technical strategy for malaria 2016–2030 call for a drop in malaria case incidence and death rates of at least 40 per cent by 2020.

In response, WHO, the main United Nations health agency, and its partners have launched a country-led ‘high burden to high impact’ response plan – to coincide with the release of the report – with the aim of scaling up prevention, treatment and investment to protect vulnerable people, and get reductions in malaria deaths and disease back on track.

The plan builds on the principle that no one should die from a disease that can be easily prevented and diagnosed, and that is entirely curable with available treatments: “The world faces a new reality: as progress stagnates, we are at risk of squandering years of toil, investment and success in reducing the number of people suffering from the disease,” said Dr. Tedros Adhanom Ghebreyesus, WHO Director-General. “We recognize we have to do something different – now.”

Around 70 per cent of all deaths in 2017 were concentrated in India, and 10 African countries (Burkina Faso, Cameroon, Democratic Republic of the Congo, Ghana, Mali, Mozambique, Niger, Nigeria, Uganda and Tanzania).

Although India – which represents 4 per cent of the global malaria burden – showed progress in reducing the disease (a drop of almost a quarter), cases in the African countries rose by 3.5 million compared to the previous year.

A positive note was struck in Paraguay, which has this year been certified as malaria free, the first country in the Americas to receive this status in 45 years: the number of countries nearing elimination has now grown from 37 to 46, and three countries – Algeria, Argentina and Uzbekistan – have requested official malaria-free certification from WHO.

Domestic financing has been identified as key to the success of the WHO’s malaria strategy: the UN agency says that funding, which has levelled off, needs to reach at least US$6.6 billion annually by 2020 – more than double the amount available today. 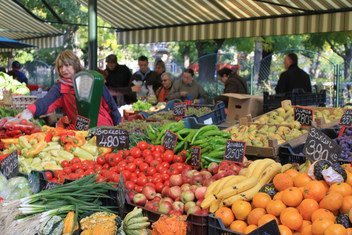 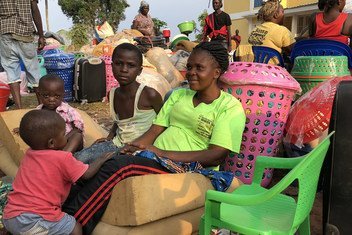 Tens of thousands of children who have been forcibly returned from Angola to the Democratic Republic of the Congo (DRC) need help urgently, UN Children’s Fund UNICEF said on Tuesday.