25 years on from genocide against the Tutsi, UN Chief warns of ‘dangerous trends of rising xenophobia, racism and intolerance’

In a message to commemorate the 25-year anniversary of the genocide against the Tutsi, during which Hutu and others who opposed the genocide were also killed, UN chief António Guterres has warned of dangerous trends of rising xenophobia, racism and intolerance in many parts of the world.

April 7 marks the start of the 1994 genocide, which saw over 800,000 Tutsis, moderate Hutu and others who opposed the genocide, systematically killed in less than three months. Mr. Guterres said that the anniversary is an opportunity to honour those who were murdered, and reflect on the suffering and resilience of those who survived.

One of those survivors is Libérée Kayumba. Today, she works for the World Food Programme (WFP) in Rwanda, helping refugees from other countries to meet their basic needs and survive the challenging conditions they face in the camps. But 25 years ago she was in their shoes, one of the many Rwandans forced to flee the genocide, after seeing her parents and brothers killed before her eyes.

WFP/Jonathan Eng
25 years after the Rwanda genocide, survivor Liberée Kayumba, a Monitoring Officer with WFP, is now helping refugees coming to the country.

Her understanding of what refugees go through has, she says, given her a deeper understanding of their plight, and the memories of the genocide have motivated her to work for the WFP and do what she can to help people in need. Nevertheless, she says that coming back from that has not been easy, either for her or her sisters.

Libérée is an example of the reconciliation that, in his message, Mr. Guterres says all societies are capable of, and urged peoples and countries to work together to build a harmonious future for all. The UN Secretary-General called on all political, religious and civil society leaders to reject hate speech and discrimination, which he described as an affront to our values, and threats to human rights, social stability and peace, and to “work vigorously to address and mitigate the root causes that undermine social cohesion, and create conditions for hatred and intolerance.”

The United Nations is commemorating the  International Day of Reflection on the 1994 Genocide Against the Tutsi in Rwanda with events around the world, including a memorial ceremony at the Palais des Nations in Geneva, and an event at the General Assembly Hall at UN Headquarters in New York, organized in collaboration with the Permanent Mission of Rwanda to the United Nations, which can be watched live on UN Web TV.

♦ Receive daily updates directly in your inbox - Subscribe here to a topic.
♦ Download the UN News app for your iOS or Android devices.
International Day of Reflection on the Genocide in Rwanda 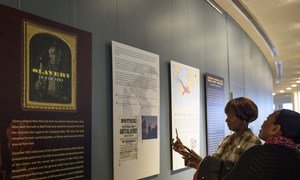 Raise awareness of the dangers of racism and “stand up against old and new forms of slavery” was the resounding message of United Nations Secretary-General António Guterres on Monday during a special event marking the International Day of Remembrance of the Victims of Slavery and the Transatlantic Slave Trade. 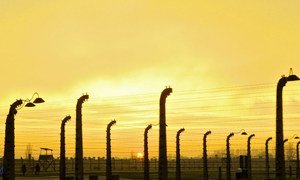 The current rise in hate speech, racial tensions and identity-based violence is alarming, the UN Special Adviser on preventing genocide said on Friday, highlighting his concern that ‘complacency is still strong’, when it comes to stopping the mass-killing or extinction of national, ethnic, racial or religious groups.