UN Photo/Evan Schneider
Sunset falls at Auschwitz-Birkenau concentration camp, in Poland. Auschwitz has become a symbol of terror, genocide, and the Holocaust. (file 2013)

The current rise in hate speech, racial tensions and identity-based violence is alarming, the UN Special Adviser on preventing genocide said on Friday, highlighting his concern that ‘complacency is still strong’, when it comes to stopping the mass-killing or extinction of national, ethnic, racial or religious groups.

Marking the 70th anniversary of The Convention on the Prevention and Punishment of the Crime of Genocide,  in the General Assembly at UN Headquarters in New York, Adama Dieng said it was important to speak out more forcefully.

“At a time of decline of the respect for international human rights, humanitarian and refugee law,” we must commit to turn prevention into reality, he added.

The Convention was adopted on 9 December,1948, by the General assembly in a call for preventative action so that “never again” would the world see the kind of mass-murder perpetrated by the Nazis against the Jews in the Holocaust, during World War Two.

The critical message at Friday’s commemoration was clear. Mr. Dieng, Secretary-General António Guterres, and President of the General Assembly, Maria Fernanda Espinosa, all outlined that the atrocity crime and scourge of genocide remains a threat and reality today.

My generation believed that after the Holocaust, we would never see genocide again. We were wrong – Secretary-General António Guterres

“My generation believed that after the Holocaust, we would never see genocide again. We were wrong,” said Mr. Guterres.

He lamented the UN’s failures to heed the signs of genocide in time, citing the massacres in Rwanda, Cambodia and Srebrenica, in Bosnia and Herzegovina; all monumental killings, nursed by hatred.

Today, people are still being brutally killed, raped and displaced simply because of their identities, said Mr. Guterres. Violence by the extremists of Da’esh in Iraq, and the “bone chilling accounts” of persecution by Rohingya Muslims in Myanmar are of extreme concern, the UN Chief said.

“Around the world, racism, hate speech, violent misogyny, antisemitism, Islamophobia and all forms of xenophobia are on the rise,” he said, warning that this dehumanizing language is not harmless, but rather, “may also sow the seeds for far more evil acts, including genocide.”

Assembly President Espinosa urged greater preventative action. “We cannot turn away and ignore the signs, or tolerate justice not reaching those responsible. The price of inaction is too high,” she said.

“There is a need to strengthen, not pull away, regional and international cooperation and multilateral institutions to respond to the dramatic challenges of today’s crisis,” said Mr. Dieng, who heads the UN Office on Genocide Prevention.

“The disregard for the rule of law is a breeding ground for the commission of international crimes, including genocide.”

The Genocide Convention document was the first human rights treaty to be adopted by the General Assembly of the United Nations, meant to prevent genocide and prevent those who commit the crime.

So far, the Convention has been ratified or acceded to by 149 Member States, meaning 45 have not become party to it.

The International Court of Justice has stated that the Convention’s contents are guided by principles reflective of general customary international law, meaning that whether or not States have ratified the Convention, they are still bound by the principle that genocide is a crime.

Its preamble recognizes that “at all periods of history genocide has inflicted great losses on humanity,” and urges parties to enact relevant legislation and punish perpetrators “whether they are constitutionally responsible rulers, public officials, or private individuals.”

The United Nations
Adama Dieng on the 70th anniversary of the Convention on Genocide
♦ Receive daily updates directly in your inbox - Subscribe here to a topic.
♦ Download the UN News app for your iOS or Android devices. 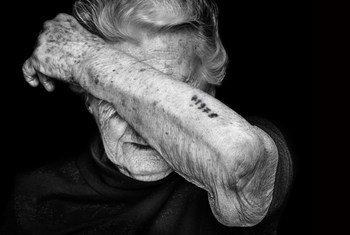