The UN Special Rapporteur on minorities, Fernand de Varennes, said Governments must live up to their international human rights obligations to protect and promote the rights of the Roma people.

He noted recent reports of intimidation, aggression and physical violence against Roma people in Europe, including on social media in recent years.

“I note with grave concern how deeply entrenched social perceptions, bigotry and stereotypes about Roma minorities are used as a means to stir up hatred, leading to the perpetration of heinous acts against them,” the UN expert said.

Pointing to inequalities, changing economic and political environments, and rising populism, he said many factors contribute to “a breeding group of expressions of hatred, exclusion, scapegoating and acts of violence” against the Roma.

It is up to Governments to ensure that minority communities such as the Roma have the opportunities and respect they need, to succeed as productive and responsible members of society, said Mr. de Varennes.

He added that strong commitment and resolute action are needed to effectively combat inflammatory and racist rhetoric and practices that “dehumanise, demonise and discriminate against Roma,” including how they are portrayed in the media, and to ensure equal access to justice and effective remedies.

In his statement, the UN expert also paid homage to the “considerable contributions” which the Roma have made, including through their artistic and cultural heritage. 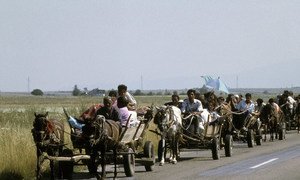 An independent rights expert appointed by the Human Rights Council has called on the United Nations to “provide justice and remedies” to displaced people who suffered lead poisoning after being housed in UN camps on toxic wasteland in Kosovo. 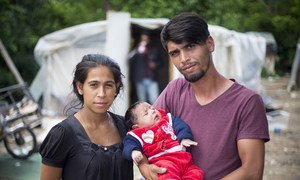