From killing and maiming, to recruitment, sexual abuse and abduction, “violence against children in armed conflict can take many forms”, said Secretary-General António Guterres, in a special message delivered at the launch of a new UN advocacy campaign on Tuesday - Act to Protect Children Affected by Conflict.

“Should a child survive and be fortunate enough to be released to a reintegration programme, they still have only a slim chance of recovery”, he said in remarks read out at a launch event in UN Headquarters, by staff member Sharon Riggle.

The UN chief pointed out that a lack of resources and a failure to provide long-term assistance to victims and their communities “have made many children open to a second victimization, either through the stigmas they carry or through inadequate education and growth opportunities, leaving them trapped in a cycle of violence and despair”.

Virginia Gamba: when people ask why we need a campaign to raise awareness about the core of our mandate - the 6 grave violations, I have a simple answer: we desperately need it pic.twitter.com/tH9HA2ahsB

The new global campaign aims to “raise worldwide awareness, assist children in need and prevent them from becoming victims in the first place”, according to Mr. Guterres.

“Crucially, this initiative will offer children an opportunity to raise their voices”, he stressed, inviting everyone to ensure it “reaches all corners of the world so no child ever fears being left behind again”.

Chairing the launch event, Virginia Gamba, the UN Special Representative for Children and Armed Conflict, said that the campaign would better protect children “who have been used and abused by - in and for - armed conflict around the globe”.

She maintained that there was an “urgent need” to raise awareness about what she terms the six grave violations, namely the killing and maiming of children; recruitment or use of children as soldiers; sexual violence against children; abduction of children; and attacks against schools or hospitals.

“We need it to highlight the impact of conflict on children” she stressed, along with putting “a strong emphasis on tangible actions to end and prevent them”.

While noting the “important progress” achieved so far, Ms. Gamba argued that “our work is far from over”.

“Consensus, tools will not bring the change we need if they are not followed by tangible actions for the children who need it the most”, said the Special Representative.

She highlighted some of the actions that the campaign would push for, including the Paris Principles, the Safe Schools Declaration and the more recent Vancouver Principles.

“We can join forces to advocate for these endorsements”, she said, “because norms matter” and the agreements “bring us one step closer” to implementation where “they can have a real impact in children’s lives”.

Ms. Gamba recalled that the international community “painstakingly developed” the Action Plan through the Security Council and urged all signatories to fully implement it “with a clear focus on ending violations and preventing their reoccurrence”.

“We cannot expect that children who have faced the worst of humanity will be able to recover on their own”, she asserted, flagging the Global Coalition for Reintegration, which aims to “improve the availability and quality of these essential services”.

In conclusion, she announced upcoming campaign events, in Brussels, Sudan, Central African Republic, Democratic Republic of the Congo and Mali, among others, encouraging everyone to “join forces and ACT to Better Protect Children Affected by Armed Conflict”.

For her part, Bintou Keita, the Assistant Secretary-General for Africa in the Department of Political and Peacebuilding Affairs, said that she had seen children, “the lifeblood and our future”, exposed to “too many repulsive acts of violence for too long”.

Ms. Keita cited children killed in conflict-prone areas of Afghanistan, Darfur, Iraq, Myanmar, the Philippines, Somalia, Syria and Yemen, “to name a few”, saying that they also “comprise 69 per cent of civilian casualties from landmines and explosive remnants of war”.

“Providing protection to children affected by armed conflict is not only a legal responsibility but also a moral obligation” she declared.

Calling the ACT campaign of “vital importance to keep the eyes of the world focused” on children’s suffering, UN peacekeeping chief Jean-Pierre Lacroix lamented that “armed groups are proliferating and grave child rights violations are increasing”.

He said that the UN peacekeeping missions in Mali, the Democratic Republic of the Congo, Central African Republic, Sudan and South Sudan, all have “child-specific mandates”, assuring the UN’s “commitment to this cause”. 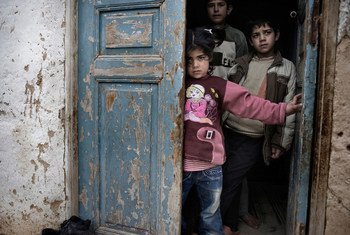 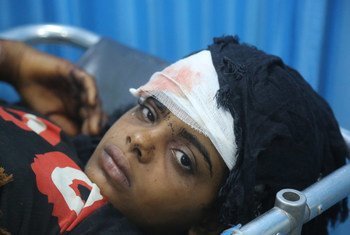