© UNICEF/Kamal Ayyashi
An injured girl is being treated at Althawra Hospital in Hudaydah, Yeman. She was injured along with her brothers and her uncle, while the family was trying to relocate farther from the fighting that same day in Aljah area, Bait Alfaqih district. (2018).
17 August 2018
Peace and Security

The last two weeks have seen a suicide attack on an education centre in Afghanistan which killed and injured young students in class, 21 children killed in Yemen when their school bus was hit by an airstrike, and ongoing child casualties in Syria - particularly in the conflict zones of Idlib and Western Aleppo in the North of the country.

“Children have been directly targeted by belligerents. They were also collateral victims of despicable acts of war,” said Ms. Gamba. “We cannot remain silent in the face of such atrocities”, she said, adding that she wanted those fighting to understand the “simple message: enough is enough.”

She went on to urge all sides in conflicts to protect children from the scourge of war and to respect their obligations under international humanitarian law. 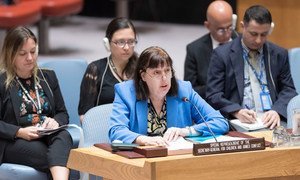 “Children should never be targeted by violence. It is our collective responsibility to use these tools to their full extent and to obtain results for those boys and girls who desperately need protection.”

In recent days several UN Agencies have strongly condemned the attacks. The UN Children’s Fund UNICEF described them as a “war on children”, whilst the UN Human Rights Office OHCHR, pointed out that the Yemen strike was just the latest example of the children being killed in the country’s violent years-long conflict.

♦ Receive daily updates directly in your inbox - Subscribe here to a topic.
♦ Download the UN News app for your iOS or Android devices.
Children in Armed Conflict 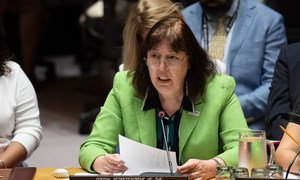 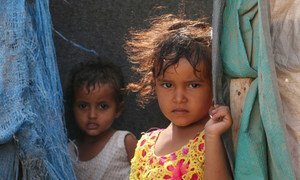