UNDP South Sudan
GoGirls ICT is a Juba, South Sudan based non-profit initiative founded by a group of dedicated young women in the fields of computer science, hacktivism and peacebuilding.
8 March 2019
Women

Under the theme “Think Equal, Build Smart, Innovate for Change”, the United Nations hosted its flagship event celebrating International Women’s Day on Friday to recognize unsung women from across the world, and encourage innovation to transform lives.

UN Secretary-General António Guterres opened the event by enumerating some of the world’s collective challenges, “from climate change…to the weakening of commitment to multilateralism,” stressing that “gender equality and women’s rights are fundamental to addressing each of these”.

“We can only re-establish trust and rebuild global solidarity by challenging historic injustices and promoting the rights and dignity of all”, he maintained. “We can only achieve sustainable development and peace by drawing on all our assets and capacities.” 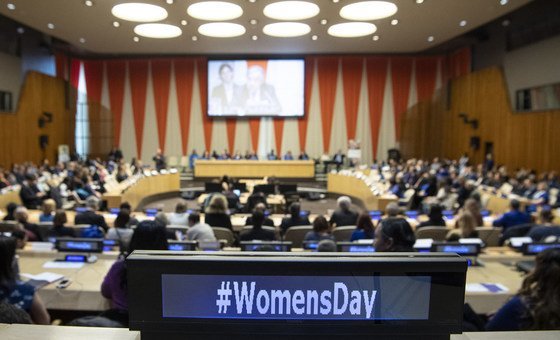 “Gender equality is fundamentally a question of power” he stated, saying that a still male-dominated world has “ignored, silenced and oppressed women for centuries – even millennia”.

Despite women’s achievements and successes, their voices are still routinely overlooked, and their opinions ignored, with everyone paying the price for inequality and oppression.

“Increasing the number of women decision-makers is essential”, Mr. Guterres remarked, adding that the UN has reached gender parity among its leaders around the world.

General Assembly President María Fernanda Espinosa Garcés told the event that she had mixed feelings about the Day.

“On the one hand, it is important that we celebrate the gains we have made”, she said, noting that Barbados, Ethiopia, Georgia, Romania and Trinidad and Tobago welcomed their first female leaders last year and, among other firsts, Uruguay saw its first conviction for femicide.

However, she regretted that nearly four decades after the Convention on the Elimination of All Forms of Discrimination Against Women was adopted and some 25 years after the landmark Beijing Declaration and Platform for Action, “we are still not even close to equal”.

On pretty much any measure of development, women are behind, she said. “Every woman and girl knows that her lived reality is very different to that of her father or brother” Ms. Espinosa said, adding: These statistics are shocking”.

Noting that just 11 years remain to reach the Sustainable Development Goals, she spelled out: “We desperately need to close the gender education gap and get more women into science and technology”.

In a bid to push women forward, she encouraged the support of grassroots organization, “to take the fight into our communities and into the corridors of power”. To boost the number and diversity of women in leadership positions, on 12 March she will convene a high-level event on “Women in Power”.

Ms. Espinosa concluded her address by recalling “Audre Lorde’s powerful words: ‘I am not free while any woman is unfree, even when her shackles are very different from my own.’”

The Chair of the UN Commission on the Status of Women, Geraldine Byrne Nason, recalled the early days of the UN, when “women were few and far between”.

“It took us quite some time for our voices to be heard and for our messages to register”, she stated, but today “we are sitting centre-stage and we have absolutely no plans to lower the volume”.

Get inspired and innovate, to lead the way

The event host and Executive Director of UN Women, Phumzile Mlambo-Ngcuka, said that “we want women and girls themselves to be inspired to innovate and influence the whole ecosystem of innovation.”

“Women are not simply consumers of prescribed solutions, they also design solutions for whole societies and they are equipped to address the issues that affect their lives”, she told the group.

She said her equality and empowerment agency was  “injecting the gender lens in the DNA of innovation” adding: “Women and girls have a vital role to play in the fourth industrial revolution, shaping the policies, services and infrastructures that affect their lives."

Education propels you to far-away places

Delivering the keynote speech, former Director of the Johnson Space Centre in the United States, Ellen Ochoa - the first female Latina astronaut - credits her education in science with propelling her into four outer space missions.

She said her mother had been a role-model who took one college course each semester for 20 years to earn her bachelor’s degree, underscoring to her family, the importance of education. Ms. Ochoa herself emphasized that it was essential that girls study science, technology, engineering, and mathematics, known as STEM.

“Engineering, development and innovation is about curiosity, creativity, working with teams and solving problems,” she explained, saying “Girls love to do those things!”

But describing the uphill struggle for women to be admitted to astronaut training programmes, she credited activists working tirelessly to change the laws, adding that she was pleased now to serve as a role model for “girls around the world who are dreaming big dreams”.

♦ Receive daily updates directly in your inbox - Subscribe here to a topic.
♦ Download the UN News app for your iOS or Android devices.
International Women’s Day 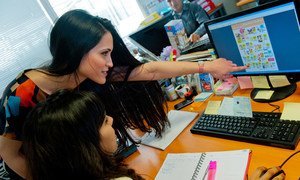 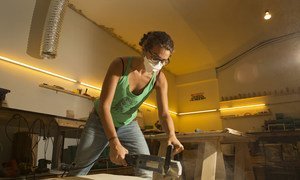 Women’s job opportunities have barely improved since the early 1990s, UN labour experts said on Thursday, warning that female workers are still penalized for having children and looking after them.