UNOCHA/Giles Clarke
Haleema holds her two month old twins, in a camp for IDP's who fled the now destroyed Libyan town of Tawergha to the west of Benghazi.The Libyan Prime Minister and a key rival leader have pledged to hold a general election to help improve national stability.
1 March 2019
Peace and Security

In a statement on Friday, António Guterres commended the progress made by Prime Minister Faiez Serraj, who also presides over the council leading the Government of National Accord, and the Commander of the Libyan National Army, Khalifa Haftar.

The UN chief’s Special Representative for Libya, and head of the UN Mission, UNSMIL, Ghassan Salame, hosted the meeting on Thursday between the two leaders that led to the breakthrough, in Abu Dhabi, capital of the United Arab Emirates.

“Both parties…agreed during the meeting on the need to end the transitional stages in Libya through holding general elections” said a statement issued by UNSMIL. “They also agreed on ways to maintain stability in the country and unify its institutions.”

Mr. Guterres said that apart from the commitment to the democratic process through the ballot box, he also welcomed the “commitment to maintain stability in the country and unify its institutions”.

Despite its large oil reserves, Libya has been wracked by political and economic turmoil, as multiple armed groups have competed for power and control across the country, since the overthrow of former dictator, Muammar Gaddafi, in 2011.

In early February, the UN and aid partners together with Libya’s interim Government, launched a humanitarian response plan, appealing for $202 million to bring live-saving relief to more than half a million Libyans in need.

Maria Ribeiro, UN Resident Coordinator, said in the foreword to the plan that “many Libyans get poorer every year. Basic health and education services decay, and frustrated citizens cannot understand why oil production and increased government revenue does not lead to improved living standards, security and well-being for all in Libya.”

The UN chief concluded his statement on Friday by saying that he hoped “further progress can be achieved on the basis of what has already been agreed upon, with the support of the international community.” 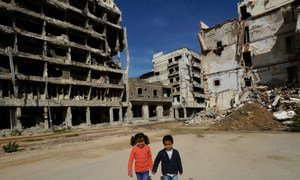 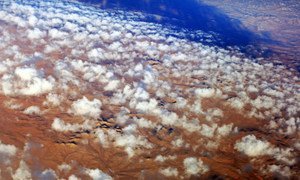