Prospects for a “swift resumption” of substantive talks between the leaderships of Kosovo and Serbia have been put on the back burner in recent months, by a tendency to resort instead to “antagonistic gestures and accusations” said the head of the UN Mission in Kosovo.

Zahir Tanin, the head of the UN Interim Administration Mission in Kosovo (UNMIK), was briefing the UN Security Council on Thursday via video link, telling members that antagonism and accusations “continue to be far more prominent than efforts to return to a new phase of dialogue”.

Kosovo, which has an ethnic-Albanian majority, broke away from Serbia in a bloody conflict which began in 1998, with the Security Council authorizing temporary administrative powers to the UN, in 1999. Kosovo unilaterally declared independence a decade later, backed by the United States and United Kingdom, among others. But Serbia, backed diplomatically by Russia, has never accepted the split, and Kosovo has not achieved full member status at the United Nations.

Mr. Tanin, delivering his first report of the year to the Council on the state of relations, said the lack “of a unified stance” in the Kosovar capital Pristina, on how to resume talks with Belgrade, “has reached a critical point in the days since the close of the reporting period, raising concerns about the continued viability of the current Government coalition in Kosovo”.

Among specific flash points, Kosovo announced a new 100 per cent tariff on goods from Serbia and Bosnia and Herzogovina in November last year, and Serbia has said that talks are off the table until the hike is reversed.

Kosovo heightened tensions further by declaring its right to build its national Security Force, into a professional army - a move condemned by Serbia as an act of “political aggression”.

Special Representative Tanin said that UNMIK was focusing on “people-to-people engagement” in Kosovo, collaborating with the UN Kosovo team, and leveraging its “limited resources” with international partners.

He said important progress had been made in the work of the “Working Group on missing persons”, adding that it should be kept clear of political influence “in order to maintain the momentum on this issue, which is vital to long-term reconciliation”.

“Let me underline the importance of the support by all members of this Council for the engagement between Belgrade and Pristina” he concluded, adding that “reducing tensions, enhancing mutual trust, and removing obstacles to the dialogue, are crucial to stability in the region”.

You can read more from Mr. Tanin, and remarks made to the Council from both Kosovo and Serbia, here, on our UN Meetings Coverage page online.

♦ Receive daily updates directly in your inbox - Subscribe here to a topic.
♦ Download the UN News app for your iOS or Android devices.
security council|Kosovo|Serbia 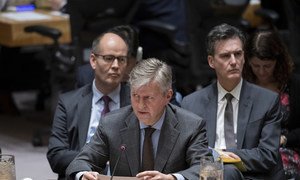 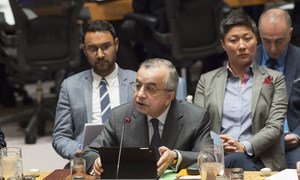