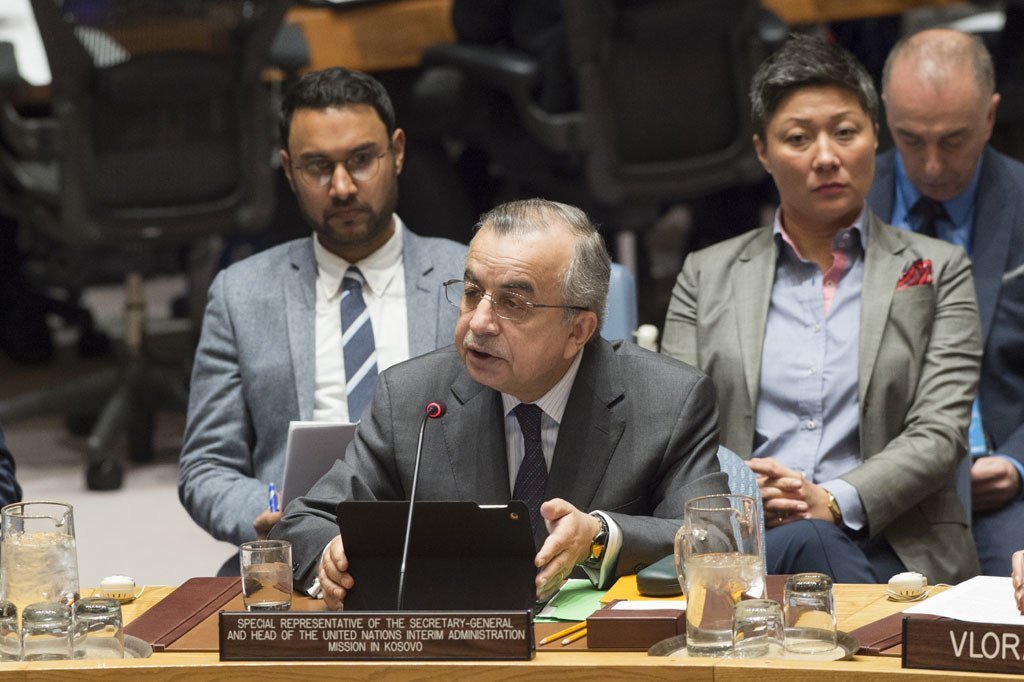 However, for political negotiations to succeed and lasting peace to take hold, “full engagement and buy-in” is needed from all actors – societies, leaders and political representatives – he stressed.

“Top-level commitments that may be reached via political negotiations, no matter the strength of international and regional support, are unlikely to stand unless backed up by full understanding and confidence among communities and individuals across society,” said Mr. Tanin.

Mr. Tanin also noted that ethnic tensions and vested political interests have been undermining the efforts to reform rule of law institutions in Kosovo, noting that threats against officials have harmed confidence in the strength and impartiality of the justice system.

In his regular briefing to the Security Council on the situation in Kosovo and the work of UNMIK, Mr. Tanin said that the mission continues to prioritise trust-building particularly at the grassroots level, and that it has re-aligned its focus on promoting longer-term reconciliation.

“Without societal reconciliation, involving people, communities and civil society, progress can falter, regardless of the best efforts and work of political stakeholders,” he said, highlighting that building trust requires “patience and persistence.”

Alongside, the UN mission continues to support interaction among all groups across Kosovo, to help address issues within its mandate as well as focusing on the empowerment of women and young people.