UNMIK/ Video Capture
Serbs and Albanian women working together in a butchery in Kosovo.

Zahir Tanin, the head of the UN Interim Administration Mission in Kosovo (UNMIK), told Council members that preliminary results pointed to an opposition victory, with coalition talks underway. Most voters had decided to “rally behind unconventional political candidates”, signifying a break with the past.

SRSG Zahir Tanin, head of #UNMIK at #UNSC session on #Kosovo: Momentum from an election that heralded the most “significant change” in Kosovo’s politics in years could trigger renewed efforts for rule of law, job creation and the Pristina-Belgrade dialogue. pic.twitter.com/ER1y7q3N6F

Kosovo, which has an ethnic-Albanian majority, broke away from Serbia in a bloody conflict which began in 1998, with the Security Council authorizing temporary administrative powers to the UN, in 1999.

Kosovo unilaterally declared independence a decade later, backed by the United States and United Kingdom, among others. But Serbia, backed diplomatically by Russia, has never accepted the split, and Kosovo has not achieved full member status at the United Nations.

The election was called in July, when outgoing Prime Minister, Ramush Haradinaj, resigned in the face of new war crimes proceedings, according to news reports. He was a former commander in the Kosovo Liberation Army (KLA) which fought for independence from Serbia and was twice acquitted under former proceedings in The Hague.

With his governing coalition split, he sparked a trade war with Serbia and Bosnia and Herzogovina a year ago, by introducing a 100 per cent tariff on goods, stalling any political progress.

Mr. Tanin said that the elections had been “assessed positively” by international observers, although there had been cases of voter intimidation and campaign finance violations in the Serb-majority areas.

New leadership must deliver for the people

He told members he was “hopeful that the new leadership can use the momentum of this election to deliver on it’s promises to the people, by advancing the rule of law, fighting corruption and organized crime, and tackling unemployment.”

He added that the international community also expects new political leaders to “affirm their commitment to the negotiations with Belgrade and ensure that obstacles to dialogue are removed.”

He said particular efforts should be made to tone down political rhetoric and actions in order to kickstart talks between Belgrade and Pristina, “after a year of stalled negotiations.”

The UNMIK chief welcomed the international community’s “continuous efforts” to push talks forward. “While I am convinced that an agreement between Belgrade and Pristina can be sustainable only if it is based on responsible action and local ownership of the process, it is also imperative that during this transition in Kosovo, the international community stands united and firm in its support toward a viable agreement."

More dialogue needed to normalize relations between Kosovo and Serbia 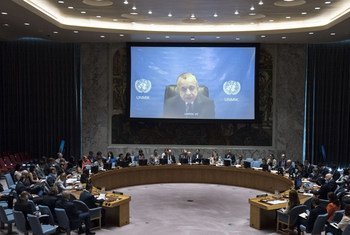 Prospects for a “swift resumption” of substantive talks between the leaderships of Kosovo and Serbia have been put on the back burner in recent months, by a tendency to resort instead to “antagonistic gestures and accusations” said the head of the UN Mission in Kosovo. 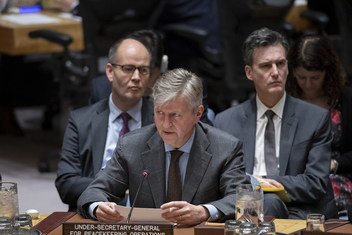