© FAO/Riccardo Gangale
A woman stands in a cassava field in Mbaiki, Central African Republic. The ACDL group of women she belongs to sells food products from the harvested cassava. 23 May 2012.

As the most basic rights of rural people continue to be trampled on in many parts of the world, the United Nations High Commissioner for Human Rights, Michelle Bachelet, welcomed Monday the adoption on Monday by the UN General Assembly of a new declaration to help safeguard them.

“Globally, peasants feed the world, but their own enjoyment of their human rights is challenged, including their own right to food,” Ms. Bachelet said, as she stressed the importance of the new text.

The document, titled ‘Declaration on the Rights of Peasants and Other People Working in Rural Areas’, was drafted in October by the Third Committee, which handles human rights issues, among others, and adopted on Monday by the UN General Assembly, in which all 193 Member States are represented.

It aims to protect the rights of rural workers, including fishermen, nomads, indigenous peoples, pastoralists and other agricultural workers, such as peasants, which are defined in the declaration as “any person who engages in small-scale agricultural production”.

“Peasants face dire situations that are aggravated by an imbalance of power in economic relations,” stated the High Commissioner, as she explained that “policies that could promote peasants’ rights are largely absent, and in some cases have suffered due to austerity measures”.

We welcome this historic recognition by Member States of what peasantry has brought and continues to bring to humanity - Melik Özden, CETIM Director

Among the many hardships and rights violations faced by rural workers listed in the declaration, are: the increasing number of forcible evictions they face; their difficulties in accessing courts, police services, prosecutors and lawyers for protection against violence, exploitation and abuse; and the “high incidence of suicide” among peasants “in many countries”. They are also particularly vulnerable to the impacts of climate change and land degradation.

Ms. Bachelet explained in her statement that “women are particularly vulnerable, given widespread unlawful discrimination restricting their access to, use of and control of land, as well as unequal payment for their work.”

“I hope this Declaration will serve to enhance States’ commitment at all levels to uphold and protect the rights and dignity of peasants and other people working in rural areas,” she said. “They play a critical role in preserving our culture, environment, livelihood and traditions, and must not be left behind as we implement the 2030 Agenda for Sustainable Development,” Ms.Bachelet added.

“This is a victory above all for the peasants themselves, who had been asking for this through their representatives for years, and we welcome this historic recognition by Member States of what peasantry has brought and continues to bring to humanity,” Melik Özden, the director of CETIM, one of the NGOs engaged in this issue at the UN, told UN News.

“But the work does not end here. The next step is the effective implementation of this declaration, hand in hand with rural populations,” he added. 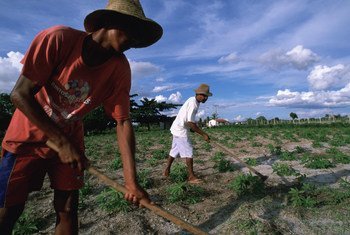 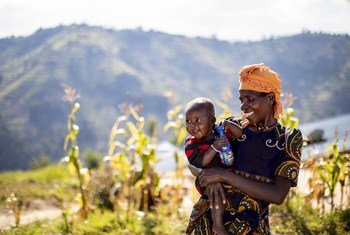