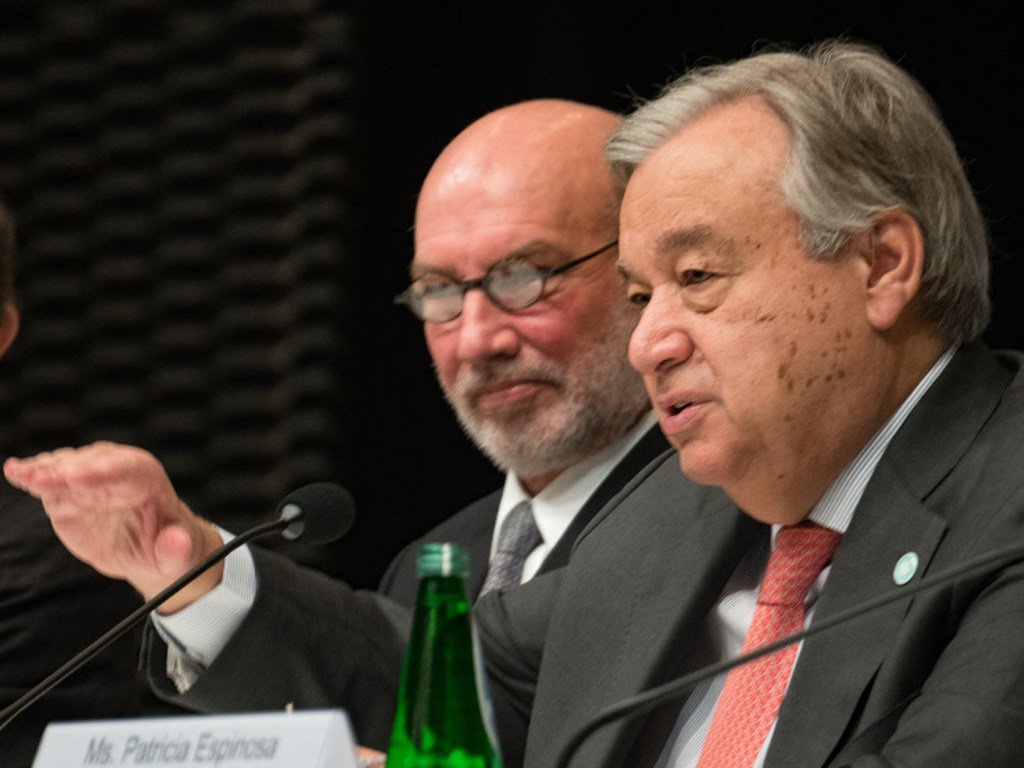 “The Summit will focus on delivering three key outcomes: raising real ambition; transformative action in the real economy; and an unprecedented citizen and youth mobilization,” said the UN Secretary-General, speaking to a room full of reporters and change-makers attending the 24th Conference of the Parties (COP24) of the UN Climate Change Convention (UNFCCC).

Scheduled for 23 September 2019 at UN headquarters in New York, the event aims to galvanize support for urgent climate action at the highest political levels. “We are holding the event during the high-level week of the UN General Assembly to ensure we have as many heads of State and Heads of Government as possible in attendance,” he explained.

The UN General Assembly usually attracts well over 100 national leaders to discuss and set the global agenda for the following year.

#COP24: Speaking about the 2019 Climate Summit, SG @antonioguterres said it will focus on: raising real ambition; transformative action in economy; and citizen & youth mobilization. He also stressed that the #ParisAgreement is a compact to ensure our survival. pic.twitter.com/XU3K5gkUb1

“The outcomes of the summit will be your outcomes,” stressed Mr. Guterres who invited “all governments, businesses, sources of finance – public and private – and civil society organizations to join in the preparatory process.”

Asked by a reporter if the UN was planning to engage in dialogue with fossil fuel producers in the oil, gas and coal industry, he noted that interactions have already started and although “the dialogue with the industry is sometimes difficult and complex,” these businesses were increasingly recognizing the need to switch and develop renewable energy strategies.

The Summit will focus on driving action in six areas: transition to renewable energy; funding of climate action and carbon pricing; reducing emissions from industry; using nature as a solution; sustainable cities and local action; and climate change resilience.

Last month, in order to lead the way to the Summit, the UN chief appointed Luis Alfonso de Alba as his Special Envoy. Also present in Katowice for COP24, he explained that one of his highest priorities in the coming months will be strong and deep engagement with each and every party to the UN Climate Change Convention, as well as other stakeholders, to raise ambition.

“The intention is not to have a negotiated outcome, but rather to incentivise highest level participation, to be very selective in what goes to the Summit in terms of ambition and innovation… and then have a summary of the discussions during the meeting itself,” said Ambassador de Alba.

Paving the way, a special session of the UN General Assembly will take place in March.

♦ Receive daily updates directly in your inbox - Subscribe here to a topic.
♦ Download the UN News app for your iOS or Android devices.
COP24|Climate Summit 2019