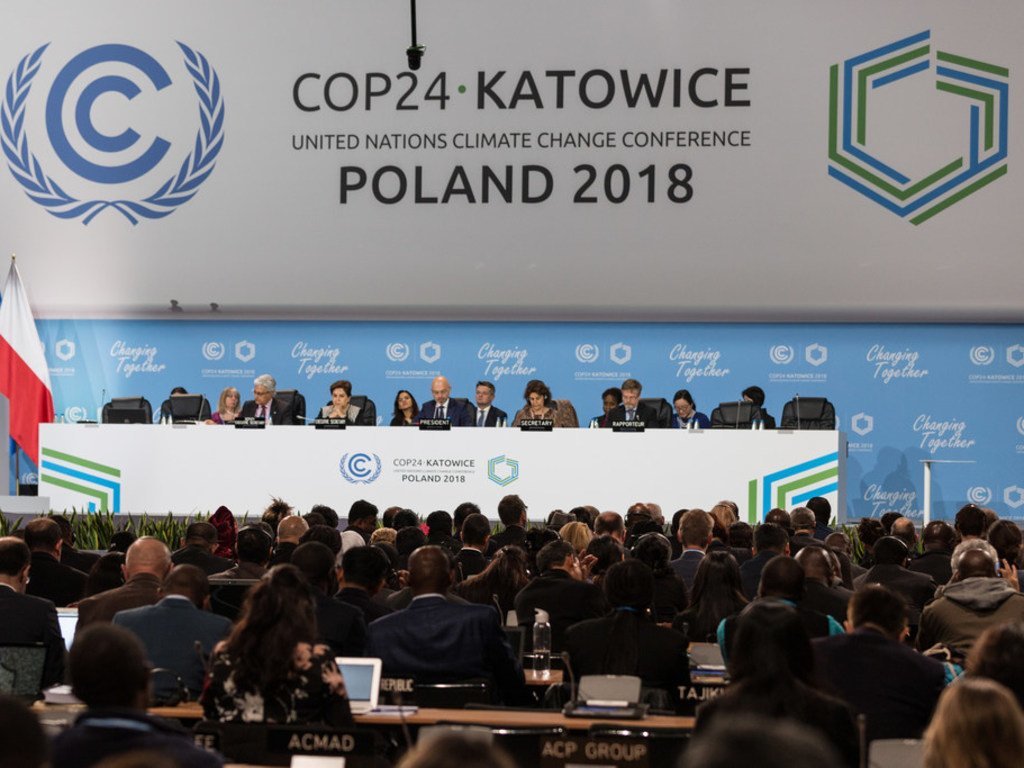 COP24,  the two-week 24th conference of the parties of the United Nations Climate Change Convention (UNFCCC), started on Sunday in Katowice, Poland, with a special focus on carbon neutrality and gender equality.

Days after the UN sounded the alarm on the unprecedented levels of greenhouse gas concentrations in the atmosphere, the world is gathering to define how the 2015 Paris Agreement will be implemented and moved forward.

Under the agreement, all countries have committed to reduce greenhouse gas emissions in order to limit the global average rise in temperature to well below 2°C, and as close as possible to 1.5°C.

Cycling for the planet

Kicking off the two-week event in Katowice, which has historically been a coal-mining town in the south of Poland, a team of cyclists on electric bikes arrived from Vienna, having biked 600 km to demonstrate the value of renewable energy to reducing emissions. The expedition was supported by the UN Global Compact, a group of private sector companies committed to sustainable development.

The cycling team, called “Moving for Climate NOW”, made up of about 40 people from different institutions and countries, was welcomed by UN Climate Change Deputy Executive Secretary, Ovais Sarmad, and Jakub Gibek, Head of the Climate Policy Unit of the Ministry of Environment of Poland.

“I commend the cyclists involved in this bike tour for inspiring the world to move in the right direction to fulfil the promise of the Paris Agreement," said Mr. Sarmad. "This is the most important COP since the signing of the agreement, and we need initiatives like yours to testify that governments, the private sector and individuals can work together to tackle climate change by committing to multilateralism.”

To limit COP24’s footprint and achieve carbon neutrality locally, the conference organisers have taken a series of different measures. First, public transportation in the city is free of charge for the duration of the conference, for all participants.

In addition, reusable materials have been used to set up the conference rooms, including carpets and backdrops. Recycled cardboard furniture was installed in all the main meeting spaces.

The conference will also enforce a strict waste management policy: distinct recycling bins will be available in all meeting rooms; the packaging of electronic equipment has been saved and will be reused after the conference is over; the packaging of catering products is environmentally friendly; single-use plastic products are limited across the space; and overall, the conference is dispensing with paper as much as possible, with official documents available only in digital versions.

To limit greenhouse emissions from vehicles, "virtual" participation is being encouraged and supported through live webcasts of the main events.

Unavoidable greenhouse gas emissions due to the event will be tracked through a rigorous calculation by the organisers based on international standards. It is anticipated that COP24 will generate approximately 55,000 tons of CO2. To offset this, the Polish Government has committed to planting more than 6 million trees, capable of absorbing the equivalent of the conference’s emissions in the next 20 years.

Adopted at the previous COP, the UNFCCC Gender Action Plan (GAP) promotes the mainstreaming of gender into climate policy and action at all levels. Half-way into the implementation of the GAP, parties, observers and the Convention Secretariat will showcase the measures they have taken to date.

Regarding the gender representation in the conference itself, the UNFCCC Secretariat has been monitoring since 2013 gender balance in technical and decision-making bodies established under the Convention. For the first time this year, more than half of these bodies have female representation of 38 per cent or more. Furthermore, there is a record number of female delegates elected to the position of Chair or Co-Chair of these bodies – nine out of a possible 28 positions. Though these improvements represent steps in the right direction to achieve the goal of gender balance, much remains to be done.

The conference in numbers

This 24th COP will be hosting over 28,000 people. The figure includes: close to 13,000 people with the parties to the UNFCCC gathering to negotiate the Paris Agreement work programme, some 450 UN staff, over 7,000 observers from non-governmental organisations, and 1,500 media representatives. In addition to over 6,000 staff, the conference is employing about 500 volunteers.

The conference space built by the Polish Government over the past six months, covers an area of close to 100,000 square meters. Nearly 2,000 people worked on its construction and outfitting.

Well over 100 events will highlight action in transport, water, land-use, energy, the fashion industry, to name a few, representing the wide spectrum of climate action. They will include CEOs, mayors, governors and other leaders from civil society at large.

On Monday, the grand opening ceremony will take place with about 40 heads of State and heads of Government in attendance, as well as UN Secretary-General, António Guterres.

♦ Receive daily updates directly in your inbox - Subscribe here to a topic.
♦ Download the UN News app for your iOS or Android devices.
COP24|climate change