UN Photo/Loey Felipe
Joint briefing by the President of the General Assembly and the Secretary-General's Special Envoy for the 2019 Climate Summit.

2019 is a critical year, the “last chance” for the international community to take effective action on climate change, General Assembly President Maria Espinosa said on Thursday, during a briefing to announce the UN’s roadmap to the Climate Summit in September.

Ms. Espinosa was speaking alongside the Special Envoy of the Secretary-General on the Climate Summit, Ambassador Luis Alfonso de Alba of Mexico, at UN Headquarters in New York.

Ms. Espinosa said that, with the deadline for achieving the first targets of the 2030 Agenda for Sustainable Development fast approaching, described by Secretary-General António Guterres as “the UN’s blueprint for peace, justice and prosperity on a healthy planet”, the world stood at a crossroads.

Two-thirds of these targets, she said, depend on climate and environment goals, and a five-fold increase in commitments from their current levels is needed in order to meet the targets set at the landmark 2015 Paris Agreement on dealing with greenhouse gas emissions mitigation, adaptation and finance, due to come into force in 2020.

The General Assembly President walked the representatives of Member States through some of the key events of 2019, leading up to, and following, the Climate Summit. All of the events, she said, share two goals: a doubling of commitments and ambition at a national level, and ensuring the inclusion of diverse groups in the process of climate action.

March will see the General Assembly High-Level Meeting on Climate and Sustainable Development for All, which is intended to build on the success of COP24, the 2018 climate conference in Katowice, Poland, which led to the establishment of a “rulebook” for the reporting of emissions and the progress made in cutting them, every year from 2024.

The March meeting will welcome representatives of the private sector, civil society and young people, and look to harness the enthusiasm of the latter group, who, said Ms. Espinosa, will be most affected by a warming world.

On the 30th of June, in the build up to the Climate Summit, a “stocktaking” event will take place in Abu Dhabi, followed by a High Level Political Forum under the auspices of the Economic and Social Council in July, which will see a review of the progress made in achieving Sustainable Development Goal 13 (“urgent action to combat climate change and its impacts”).

The Climate Summit will be followed by the first-ever High Level Political Forum on Climate Action, sponsored by the General Assembly on September 24. The year will be rounded off by the 2019 Climate Conference COP25, which will take place in Chile.

Multilateralism, said Ms. Espinosa, is the only effective to combat climate change, which is one of the main challenges facing the world and can only be overcome with constructive input from all. She concluded with a proverb: “’If you want to go quickly, go alone. If you wish to go far, go together.’ Let’s travel this road together.”

Ambassador de Alba, following Ms. Espinosa, confirmed that the world is falling well behind targets for combating climate change, with only around a third of the necessary work currently completed. He reminded delegates that there are only between 10 and 12 years left to achieve the goals, and called for a ramping up of ambition.

The Special Envoy added that, despite the challenges, an optimistic signal must be given: that it is possible to counter climate change, enjoy economic growth and eradicate poverty. “We can also meet social needs, healthcare needs and human rights needs,” he said, and bring about a “win-win situation to answer the doubters.”

2019 needs to see action, continued Ambassador de Alba, including partnerships with the private sector and civil society, and a huge mobilization of resources ( a target of 1 trillion dollars per year to support developing countries has been set), to invest “in our future, for jobs in a green future.” 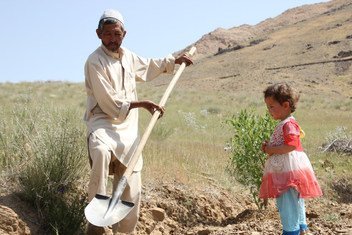 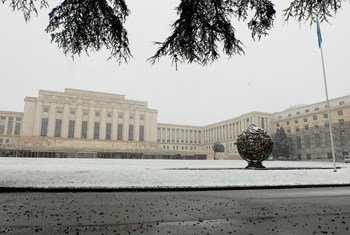 “High impact weather” has gripped much of the world so far this year, the UN weather agency, WMO, reported on Friday, with “dangerous and extreme cold in North America, record high heat and wildfires in Australia, heavy rains in parts of South America, and heavy snow on the Alps and Himalayas.