World Bank/Lundrim Aliu
An old coal-fired power plant dumps vast quantities of ash out in the open in Kosovo (June 2008).

“The science is clear. Without rapid cuts in CO2 and other greenhouse gases, climate change will have increasingly destructive and irreversible impacts on life on Earth. The window of opportunity for action is almost closed,” said World Meteorological Organization (WMO) Secretary-General Petteri Taalas.

The WMO Greenhouse Gas Bulletin shows that global concentrations of carbon dioxide (CO2), methane and nitrous oxide have been increasing steadily over the past years. In addition, the report notes a resurgence of a potent greenhouse gas and ozone-depleting substance called CFC-11, which is regulated under an international agreement to protect the ozone layer.

The WMO Greenhouse Gas Bulletin reports specifically on atmospheric concentrations of greenhouse gases, which are what remains in the atmosphere, following a complex process of emissions and absorptions.

“The last time the Earth experienced a comparable concentration of CO2 was three to five million years ago, when the temperature was 2 to 3°C warmer and sea level was 10 to 20 meters higher than now,” said Mr. Taalas.

The WMO report comes on top of the evidence presented in the Intergovernmental Panel on Climate Change (IPCC) special report on global warming issued in October, which sounded the alarm on the need to reach zero net emissions of CO2 by mid-century, in order to keep temperature increases to below 1.5°C.

The report showed how keeping temperature increases below 2°C could reduce the risks for the well-being of the planet and its people.

“CO2 remains in the atmosphere for hundreds of years and in the oceans for even longer. There is currently no magic wand to remove all the excess CO2 from the atmosphere,” warned WMO Deputy Secretary-General Elena Manaenkova. “Every fraction of a degree of global warming matters, and so does every part per million of greenhouse gases,” she insisted.

This new report adds yet another building block of scientific evidence to inform decision-making at the upcoming UN climate change conference – the COP 24 – planned from 2 to 14 December in Poland. The key objective of this meeting is to adopt an implementation plan for the 2015 Paris Agreement.

Against the backdrop of the sobering report, Michelle Bachelet, the UN High Commissioner for Human Rights, has sent a letter to all States, telling them they have legal obligations under international human rights law to prevent climate change and try to mitigate its effects.

“Human rights are under threat from a force which challenges the foundations of all life, as we know it, on this planet we share," she said, pointing out that the decisions taken CO P24 will govern climate action under the Paris agreement "for the indefinite future," and said that "the rights of the millions of people [are] threatened by climate change."

The global averages presented in the WMO Bulletin are based on a rigorous tracking of the changing levels of greenhouse gases as a result of industrialization, use of fossil fuels, unsustainable agricultural practices, increases in land use and deforestation.

The UN calls for urgent actions to reduce greenhouse gas emissions at the national and sub-national levels.

Oksana Tarasova, Chief of the WMO Global Atmosphere Watch Programme told  UN News how these record high greenhouse gas concentrations in the atmosphere raise the stakes  and sense of urgency ahead of COP 24: 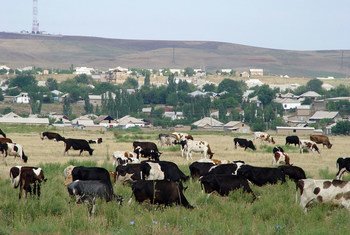 Even though meat production is known to be a major contributor to climate change and environmental destruction, worldwide demand for meat continues to rise, said UN environment agency, UNEP, in a statement released on Thursday. 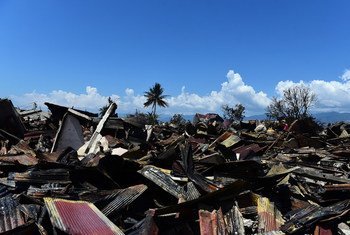 Climate-related and geophysical disasters such as earthquakes and tsunamis have killed 1.3 million people over the last 20 years and left a further 4.4 billion injured, homeless or in need of emergency assistance, UN experts said on Wednesday.