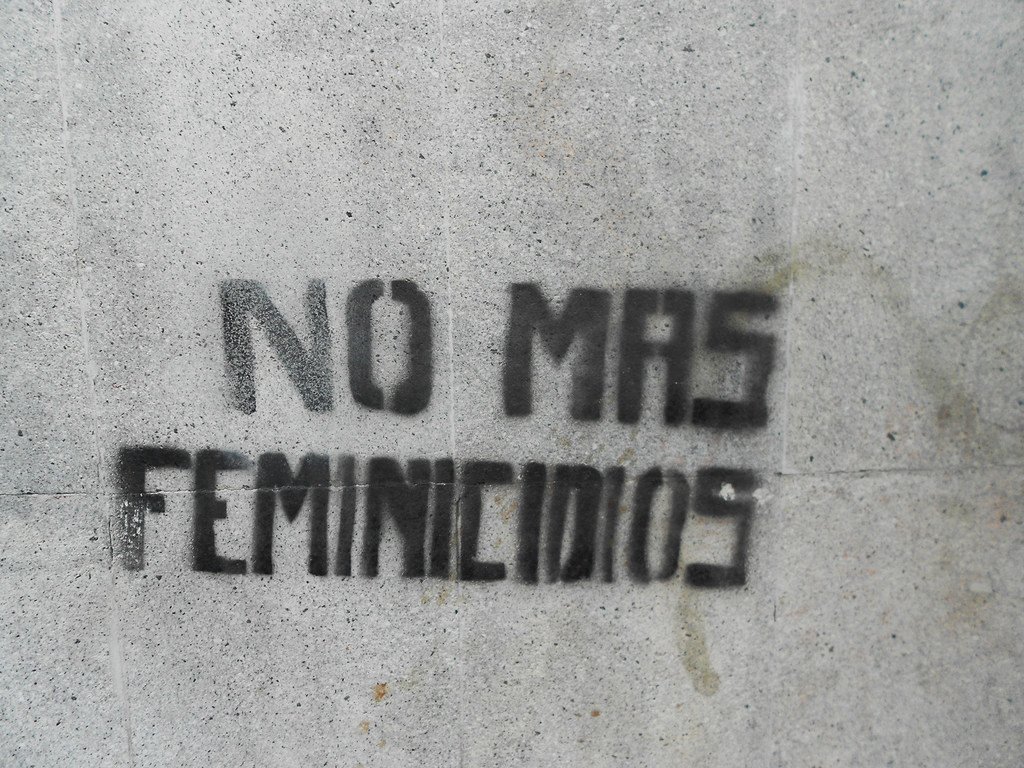 Denis Bocquet
“No more femicides,” reads this graffiti, scrawled on a wall in Mexico City, where public outcry has been mounting against gender-motivated killings.
25 November 2018
Women

In a message on the International Day for the Elimination of Violence against Women, Mr. Guterres also underscored that such violence and abuse is a major obstacle to inclusive, equitable and sustainable development.

“Not until the half of our population represented by women and girls can live free from fear, violence and everyday insecurity, can we truly say we live in a fair and equal world,” said the Secretary-General.

The UN chief also noted that at its core, violence against women and girls is the manifestation of a profound lack of respect – a failure by men to recognize the inherent equality and dignity of women – and that it is tied to the broader issues of power and control in societies.

“We live in a male-dominated society,” he said, adding that women are made vulnerable to violence through the multiple ways in which they are kept unequal, harming the individual and has far-reaching consequences for families and society.

The violence, he said, can take many forms: domestic attacks to trafficking, from sexual violence in conflict to child marriage, genital mutilation and femicide.

In his message, the Secretary-General said that increasing public disclosure by women from all regions and all walks of life of the sexual harassment they faced is galvanizing power of women’s movements to drive action to eliminate harassment and violence everywhere.

This year, the global United Nations UNiTE campaign to end violence against women and girls is highlighting our support for survivors and advocates under the theme ‘Orange the World: #HearMeToo’.

“With orange as the unifying colour of solidarity, the #HearMeToo hashtag is designed to send a clear message: violence against women and girls must end now, and we all have a role to play,” said Mr. Guterres.

‘End the culture of silencing’ – head of UN Women

Phumzile Mlambo-Ngcuka, the Executive Director of UN Women, the Organization’s entity for gender equality and the empowerment of women, also highlighted that the theme is a call “to listen to and believe survivors”, to end the culture of silencing, and to put the survivors at the centre of the response.

“The focus must change from questioning the credibility of the victim, to pursuing the accountability of the perpetrator,” she said, underscoring that #HearMeToo is “therefore also a strong call to law enforcement.”

According to UN Women, the vast majority of perpetrators of violence against women and girls face no consequences; and only a minority of cases are ever reported to the police, an even smaller percentage result in charges, and in only a fraction of those cases is there a conviction.

Laws must recognize that sexual harassment is a form of discrimination against women and a human rights violation, she added, calling for legal protections for both formal and informal places of work to ensure that the most vulnerable workers, like those dependent on tips from customers for their income, will have a better chance to speak out against abuse, and be heard.

“In every country [they] can make vital impacts by independently enforcing standards of behaviour that reinforce gender equality and zero tolerance for any form of abuse.”

Source: UNODC report
Although women and girls account for a far smaller share of total homicides than men, they bear by far the greatest burden of intimate partner/family‐related homicide, and intimate partner homicide.

In a stark finding, a new UN report has revealed that globally some 50,000 women were killed last year at the hands of intimate partners or family members, urging greater coordination between police, justice and social systems to better protect women and girls.

Globally, about 87,000 women lost their lives in homicides (intentional killings) in 2017, according to the Global study on homicide: Gender-related killing of women and girls, issued by the UN Office on Drugs and Crime (UNODC).

While the vast majority of homicide victims are men, women continue to pay the highest price as a result of gender inequality, discrimination and negative stereotypes – Head of UNODC

The study also found that tangible progress in protecting and saving the lives of female victims of homicides has not been made in recent years, despite legislation and programmes developed to eradicate violence against women.

“Women continue to pay the highest price as a result of gender inequality, discrimination and negative stereotypes [...] they are also the most likely to be killed by intimate partners and family,” said Yury Fedotov, the Executive Director of UNODC, calling for targeted criminal justice responses to prevent and end gender-related killings.

Among its conclusions, the report calls for greater coordination between police and the justice system as well as health and social services and emphasizes the importance of involving men in the solution, including through early education.

The Day also commemorates the brutal assassination in 1960, of the three Mirabal sisters, political activists in the Dominican Republic, on orders of Dominican ruler Rafael Trujillo (1930-1961).

Until women and girls can live free of fear, violence and insecurity, the world cannot pride itself on being fair and equal, United Nations Secretary-General António Guterres said on Monday, commemorating the International Day for the Elimination of Violence Against Women, marked annually on 25 November.