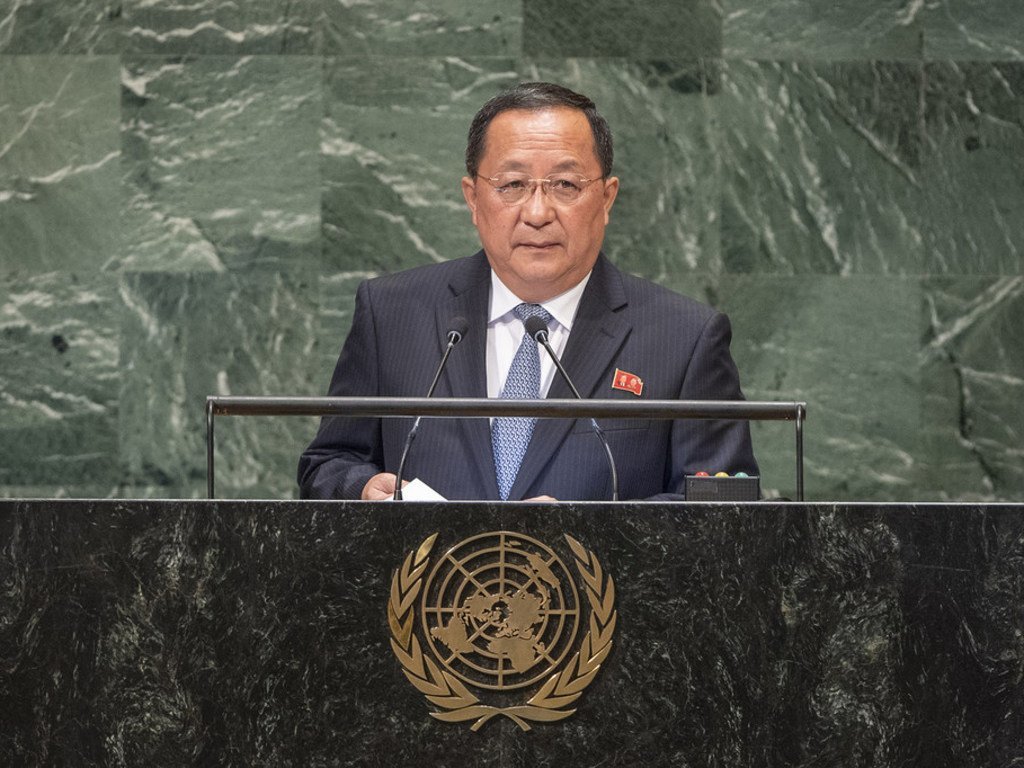 Despite taking goodwill measures over the past year, including dismantling a nuclear test site, there was “no way” the Democratic People’s Republic of Korea would unilaterally disarm itself without rebuilding trust with the United States, DPRK’s Foreign Minister told the United Nations on Saturday.

“Without any trust in the US there will be no confidence in our national security,” Ri Yong Ho said, and underscored: “The DPRK Government’s commitment to the denuclearization is solid and firm.”

Yet, “if the party to this issue of denuclearization were South Korea (Republic of Korea) and not the US, the denuclearization of the Korean Peninsula would not have come to such a deadlock,” he explained, underscoring the “firm determination” of Chairman Kim Jong-Un, “to turn the Korean peninsula into a land free of both nuclear weapons and threats.”

The Foreign Minister cited “significant goodwill measures” in the past year, such as stopping nuclear and missiles tests, dismantling the nuclear test site, and pledging not to proliferate nuclear weapons and nuclear technology.

“However, we do not see any corresponding response from the US,” he said.

“Instead of addressing our concern for the absence of peace regime in the Korean peninsula, the US insists on the ‘denuclearization-first’ and increases the level of pressure by sanctions to achieve their purpose in a coercive manner,” he stated, adding that it even objected to the “declaration of the end of war.”

“The key to consolidating peace and security in the Korean Peninsula is to thoroughly implement the DPRK-US Joint Statement adopted in June at the historic summit in Singapore,” he said, explaining that it contains principle issues, such as seeing a “complete denuclearization of the Korean peninsula and humanitarian work between the two countries.”

Once achieved, the Korean Peninsula, “the hottest spot in the globe, will become the cradle of peace and prosperity that contributes to security in Asia and the rest of the world,” he said.

On domestic matters, the Foreign Minister pointed out that in April, Mr. Kim put a new focus on economic construction, which he called “a historic task” requiring a peaceful environment “above anything else.”

“The international society should support and encourage” these efforts in response to “the bold decisions and good-will measures we have taken” for a peaceful Korean Peninsula, he stated.

Turning to the Security Council, he noted that it had not acknowledged the “momentum for peace on the Korean Peninsula,” observing that the 15-member body had even rejected UN Member States’ proposals to issue presidential statements welcoming the DPRK-US summit and Joint Statement.

In conclusion Mr. Ri urged the UN to “get rid of the stigma that ‘UNSC equals US’ as early as possible.”