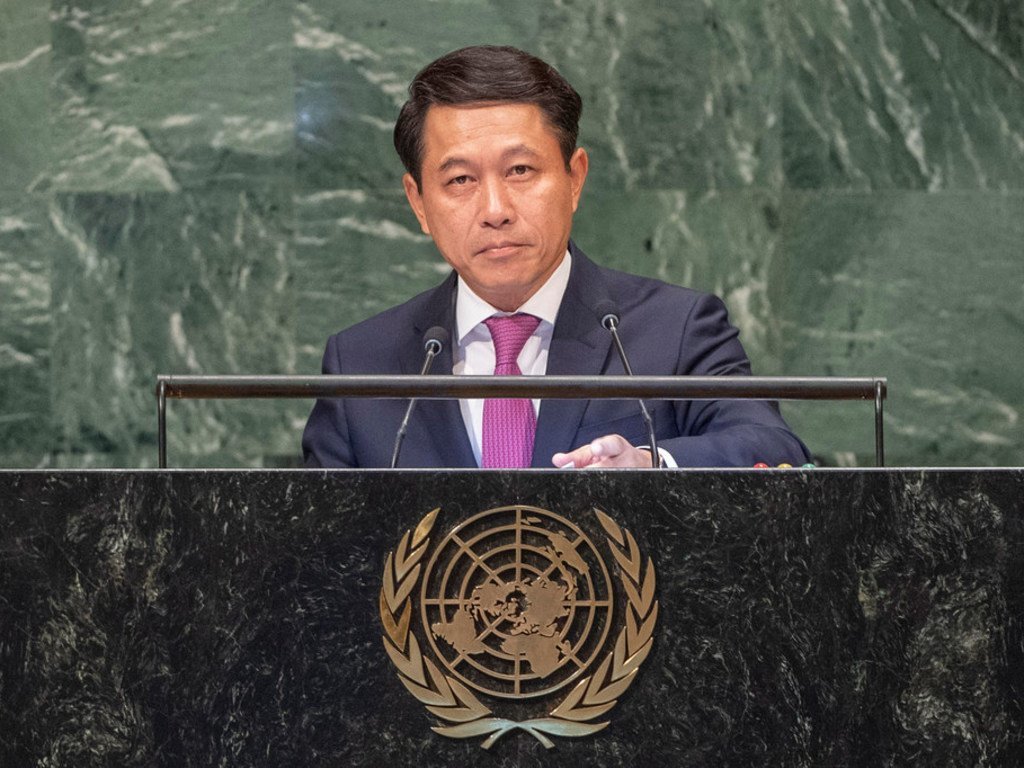 National governments and the international community must work “hand-in-hand” to realize the lofty goals of the 2030 Agenda for Sustainable Development, the Foreign Minister of Laos People’s Democratic Republic said at the United Nations General Assembly on Saturday.

Addressing world leaders at the Assembly’s general debate, Saleumxay Kommasith added that priority must be accorded to least developed and land-locked developing countries given their added vulnerabilities. There countries were also at an added disadvantage due to the impact of climate change, which hit them hard.

“Against this backdrop, it is more crucial than ever for world leaders to honour the commitments pledged in the Paris Agreement,” he said.

Mr. Kommasith also underlined the need to address the scourge of transnational crime, at all levels, noting his country’s commitment with regional countries at the Association of South East Asian Nations (ASEAN) and the wider international community in the fight against illicit drug, illegal wild life trade, trafficking in persons, among others.

He also highlighted the importance of peace and security for socio-economic progress in all nations.

“Past experiences have shown that settling disputes by peaceful means is the best way to ensure durable peace that is essential for sustainable development of a nation,” said the Minister.

As such, the international community must help build mutual trust and confidence among countries to support them overcome challenges between them and resolve disputes peacefully, he added.

Minister Kommasith also welcomed the thawing of relations in the Korean Peninsula and between the Democratic People’s Republic of Korea and the United States.

“We hope that such positive momentum will be strengthened, thereby, contributing to the maintenance of peace and stability, and denuclearization in the region as a whole.”

Concluding his address, the Minister urged the international community to uphold and further strengthen multilateralism.

“This remains one of the core values of our only universal organization, the United Nations,” he said.