Humanity has ‘no choice’ but to unite in the face of global threats, Chadian minister underscores at UN Assembly 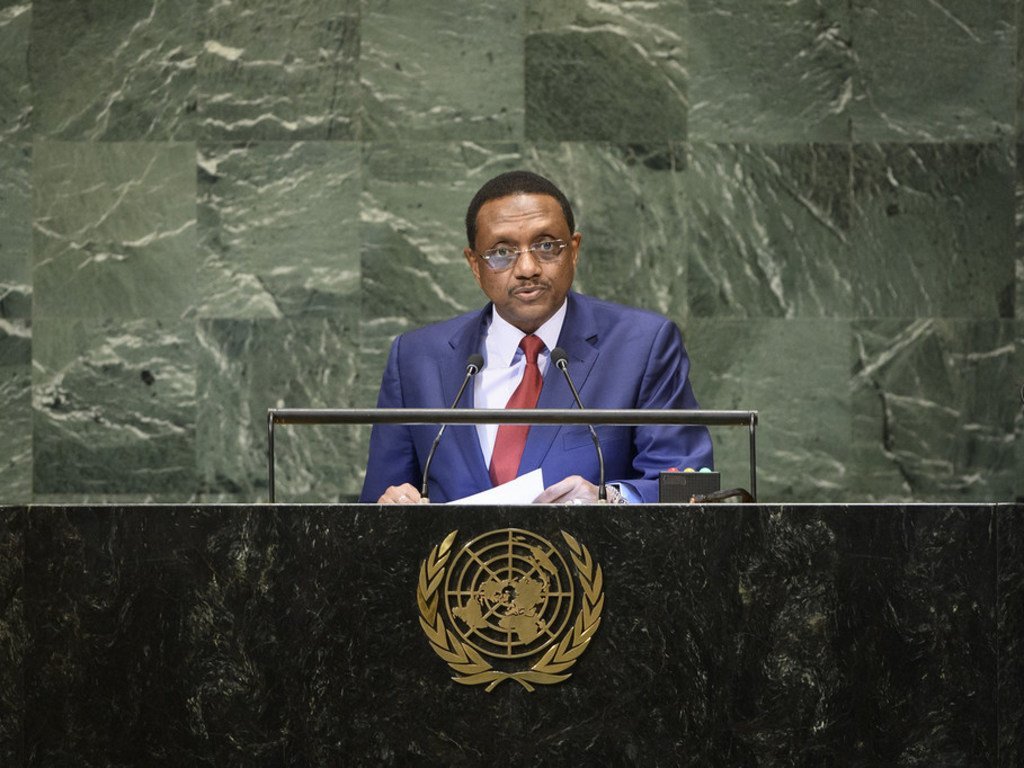 Humanity has “no choice” but to work together to rise to global threats and challenges in a manner based on universal values upon which the United Nations was built, the foreign minister of Chad, a land-locked nation in central Africa’s Sahel region, told world leaders gathered at the General Assembly’s annual debate.

The need for cooperation is all the more vital in the Sahel, expressed Mahamat Zene Cherif, the Minister of Foreign Affairs of Chad.

“Chad is surrounded by hotbeds of conflict and crises, in a region characterized by the spread of terrorism, illicit trafficking of all kinds, including trafficking in human beings related to illegal immigration, transnational organized crime, the drought and the advance of the desert.”

Recalling the collective commitment of the Lake Chad Basin countries that has resulted in progress against the Boko Haram terrorist group, Minister Cherif underscored that peace and security is essential for long-term development.

In that context, he reiterated a call by the Group of Five for the Sahel (the G-5 Sahel) joint force requesting the Security Council to place its mandate under Chapter VII of the United Nations Charter, concerning threats to international peace.

In his address, the Minister informed the UN Assembly of socio-economic development efforts in his country, noting that Chad has prioritize partnerships based on results in improving conditions on the ground.

The Government will take steps centred on building resilience through sustainable development, he said, adding despite challenges, Chad has adopted a national development plan to that end.

He also highlighted the central role of women in development processes, and said that his Government has introduced a new law, establishing a 30 per cent quota for females in the civil service and in elected positions.

He also said that a viable mechanism to manage migration must address its underlying causes, including poverty, under-development, conflict, climate change and population pressures, and called on all countries to ensure the protection of migrant rights.

In closing, he emphasized the need for Security Council reform, underlining an urgent need to allocate a permanent seat representing Africa.

“Like it or not […] Africa in the twenty-first century is indispensable and its voice must be heard,” he said.