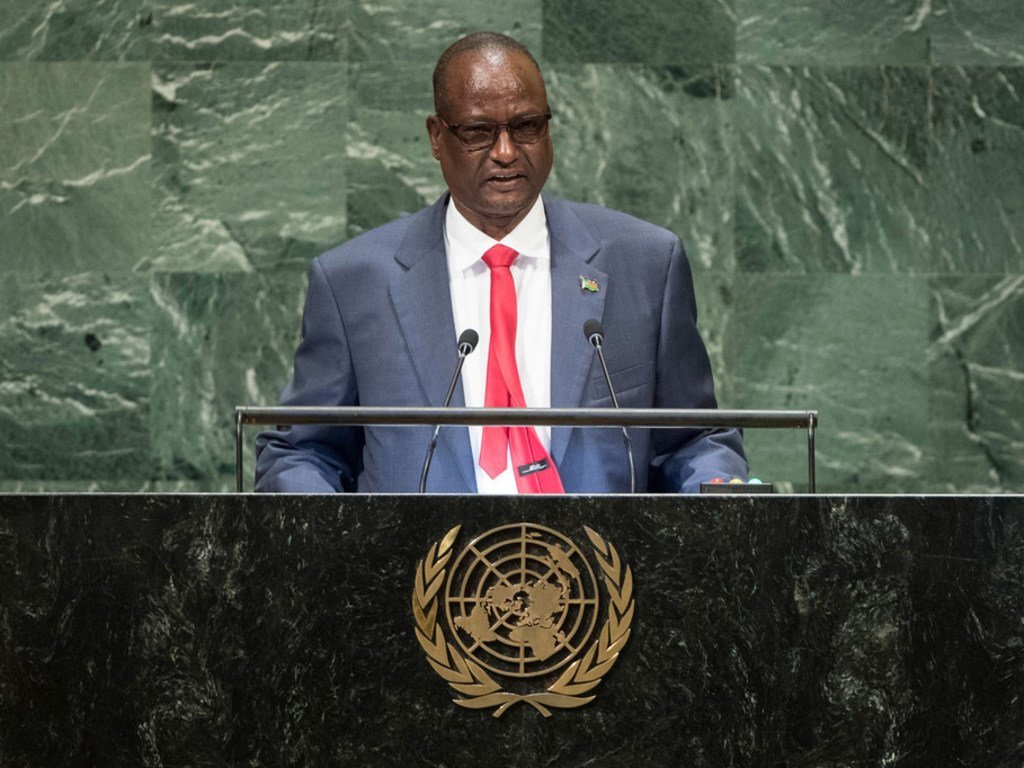 “As brothers and sisters, we have hurt each other,” said Taban Deng Gai, the First Vice-President of South Sudan, telling delegates at the Assembly’s annual general debate that his country, gripped by conflict for nearly five years, is seeking “national healing” through and inclusive, nationwide dialogue process.

A multi-layered approach has been launched in South Sudan to repair its “social fabric”, he added, and its “grassroots component” is working with local communities to identify causes of division while also searching for solutions on how to heal them.

“The process allowed for those who didn’t have an opportunity to have their voices heard to begin putting across their various viewpoints,” said Mr. Deng Gai, noting that such information will be vital as the country moves forward in its peace process.

The South Sudan leader also highlighted the recent agreement between President Salva Kiir and his former Vice-President Riek Machar on ending violence that has claimed tens of thousands of lives and displaced millions across the world’s youngest nation.

He added that the Government of South Sudan welcomes the guarantors of the agreement to monitor its implementation and that it encourages the Intergovernmental Authority on Development (IGAD, an eight country trade bloc in Africa) and the African Union (AU) to work with the UN Security Council on the support that can be provided by the UN-mandated Regional Protection Force in the country to ensure that peace holds in his country.

In particular, he noted the recent verdict by a military court, finding South Sudan soldiers guilty of horrific crimes against civilians and journalists in the infamous Terrain Hotel attack in July 2016.

“The Terrain trials demonstrated the commitment of the SPLA [the Sudan People’s Liberation Army] to make its members account for their crimes, including abuse of civilians,” asserted Mr. Deng Gai.

Also in his address, the Vice-President of South Sudan said that his Government awaits the settlement of the final status of Abyei, reiterating its support for the recommendations made by the UN Secretary-General. The Government of South Sudan also urged speedy resolution of contentious issues in Blue Nile, Southern Kordofan and Darfur.