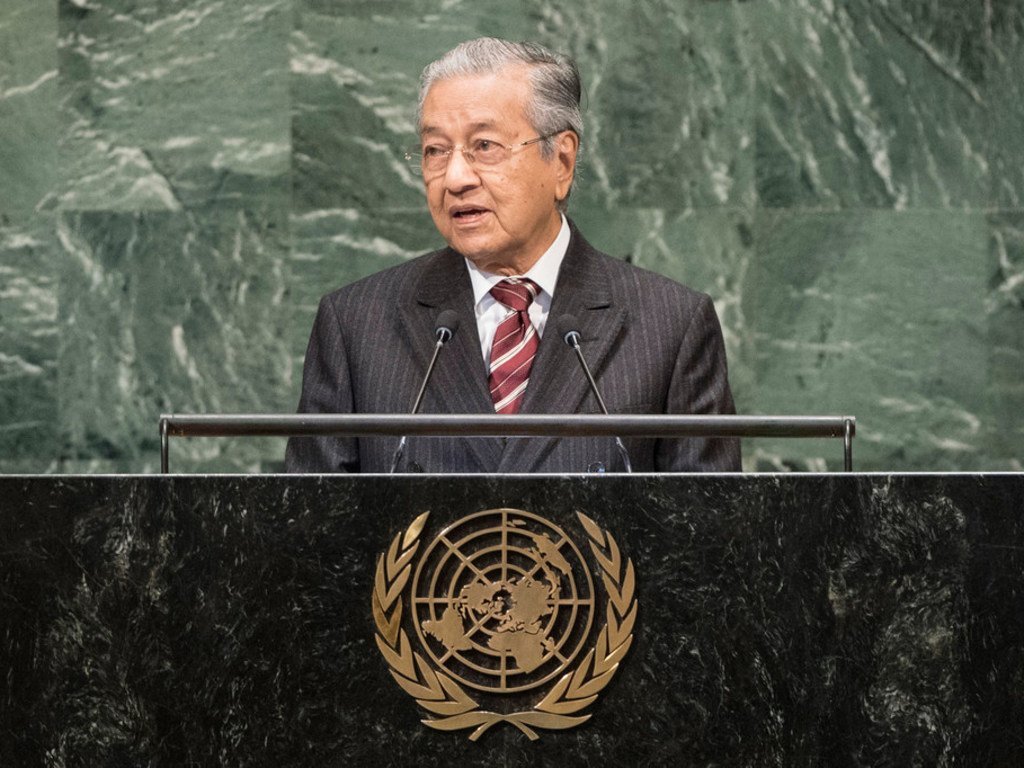 In the 15 years since he last addressed the General Assembly, little has changed in the world and it is in far worse shape now than it was then, Malaysian Prime Minister Mahathir Mohamad lamented in his speech to world leaders gathered at the United Nations.

“Today, the world is in a state of turmoil economically, socially and politically,” said Prime Minister Mahathir, who, in May defeated the political party that had been ruling Malaysia since its independence – over 60 years ago.

Moreover, countries are reeling under the pain inflicted by a trade war between the most powerful economies; there is international political turmoil; savage conflicts and widespread terrorism are killing millions; and budgets that should be devoted to helping the poor are being used to buy and maintain expensive weapons of war, he said.

“There is something wrong with our way of thinking, with our value system … we still believe that conflict between nations can be resolved with war,” added the Malaysian Prime Minister.

He went on to say that “free trade” means “no protection” for small countries and their small industries, with simple products of the poor subjected to clever barriers that prevent their sale to rich markets. At the same time, globalization, despite its benefits, has imperilled the independence of smaller countries.

Applauding the efforts of the UN to end poverty, protect the environment and bring peace to all countries, Prime Minister Mahathir, underscored the need for reform in the Organization, particularly the Security Council.

“Five countries on the basis of their 70-year-old war victories cannot claim to have a right to hold the world to ransom forever,” he said, underling the need to reform the veto rights in the Security Council.

In addition, he declared that a world without the UN would be a disaster and called for the Organization to receive sufficient funding.

“No one should threaten it with financial deprivation.”

Concluding his address, Mr. Mahathir said that after 15 years, and at the age of 93, he returned to the General Assembly “with the heavy task of bringing the voice and hope of the new Malaysia to the world stage.”

“We look toward the UN to hear our pleas.”