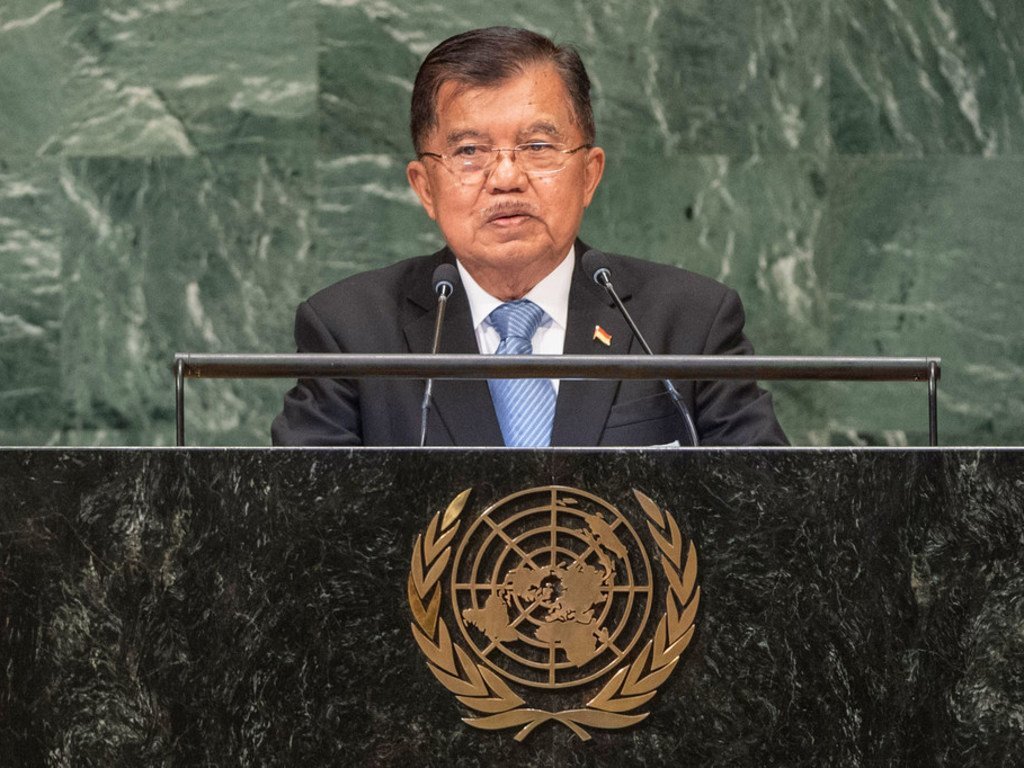 With collective will, compassion and humanity, world leaders gathered at the United Nations General Assembly Hall have what it takes to deal with complex and worsening global challenges, the Indonesian Vice-President declared on Thursday.

“Collectively, we have the strength of superheroes…as global leaders – young and old, women and men – we must work together and encourage others,” said Muhammad Jusuf Kalla, the Vice-President of Indonesia.

“This is the very essence of the United Nations.”

In his address, the Indonesian leader outlined that the continuum of peace requires continuous efforts to maintain stability, prevent conflict and ensure prosperity, and at such endeavours are vital at the national and regional levels.

Vice-President Jusuf Kalla also highlighted his country’s support of UN peacekeeping efforts through its military and police contributions to UN missions around the world. Looking ahead, he announced, Indonesia would increase its troop contribution as well as the proportion of female peacekeepers it deploys.

Alongside peace, sustainable development is equally important, he added, the two “must go hand-in-hand” and are mutually reinforcing.

In that context, the Indonesian leader underscored the importance of the 2030 Agenda for Sustainable Development and the Paris Agreement on climate change, particularly for island nations, such as his own.

Further in his address, Vice-President Jusuf Kalla also highlighted the need to create societies that are just, inclusive, democratic and respectful of human rights. Such societies are also vital to keep the threats of terrorism and vital extremism at bay.

“To create peaceful, sustainable and equitable societies, all countries must respect international law and principles of the UN, including respect for sovereignty and territorial integrity,” he said.

Concluding his speech, the Indonesian leader called for a more responsive, responsible, and credible United Nations and in that context called for reforms to the Organization to ensure that it is best positioned to help countries sustain peace and achieve sustainable development.