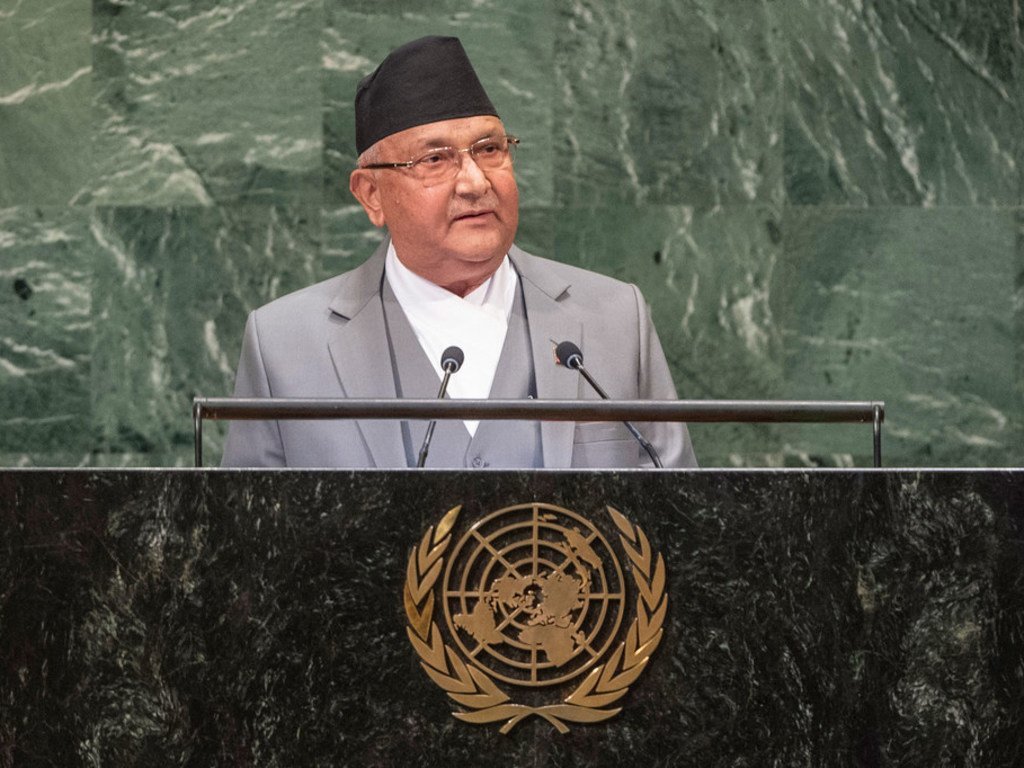 Addressing world leaders at the United Nations General Assembly, the Prime Minister of Nepal urged greater international focus on the developing world to ensure they are able to implement the Sustainable Development Goals (SDGs), remarking that it is these nations that will be the “battleground on which the 2030 Agenda will be won or lost.”

“Reaching furthest behind first is not a luxury. It is not a charity either. It is an international obligation, a duty and social responsibility,” KP Sharma Oli, the Prime Minister of Nepal, told leaders gathered at the Assembly’s annual debate.

“The impact will be fully realized only when external support measures respect national ownership and leadership, are aligned with national priorities, come through national system, while they help build productive capacity, job creation and develop human resources.”

In his address, Prime Minister Oli also highlighted the growing threat, particularly for mountain nations, such as his own, as well as for small islands from the impacts of climate change.

The “existential threat” of climate change in these countries, he added, necessitate a matching and robust response, including the full implementation of the Paris Agreement on Climate Change, “in good faith.”

Outlining the possibilities offered by the younger generation, the Nepali leader called for inculcating them with the civil and moral values so that they become a force for harmony and tolerance in society.

He also highlighted the avenues opened by advances in technology but cautioned that that digital dividends are unevenly distributed and that the digital divide is widening.

“The developing countries, especially least developed countries (LDCs), are struggling to cope,” he said, calling for easy access to affordable technology and free the barriers for their transfer.

“This will provide a level playing field to all countries to benefit and propel economic growth through new technologies.”

In the same vein, Lyonpo Tshering Wangchuk, Chief Justice and Acting Head of Government of Bhutan informed world leaders of broadening and deepening its engagement in UN peacekeeping operations, since it started contributing its troops to serve as peacekeepers under the blue flag.

In particular, he noted the rapid deployment level agreement signed with the UN Department of Peacekeeping Operations (DPKO) and as such, “stands ready to deploy a contingent, whenever, the United Nations calls upon us to do so.” 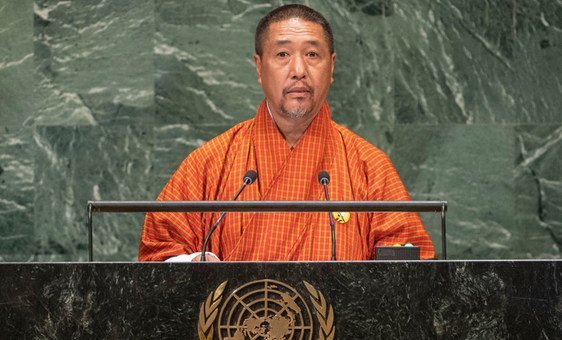 Mr. Wangchuk also spoke of the impacts his country is facing because of climate change.

“Action is needed at international, regional, national and local levels to combat this menace,” he stated, noting that in addition to the $330 billion that was lost globally to climate change, its effects could push some 100 million people into extreme poverty by 2030.

Fighting climate change, including through strong support for the landmark Paris Agreement, “is the international community’s moral responsibility to the millions of people around the world, especially those in the developing world who are disproportionately affected,” added the Chief Justice.

Mr. Wangchuk also spoke of work to implement Sustainable Development Goals in Bhutan as well as the economic progress in the country

“With happiness and well-being of our people at the center of our development efforts, Bhutan’s development model of Gross National Happiness resonates well with the objectives of the 2030 Agenda.”