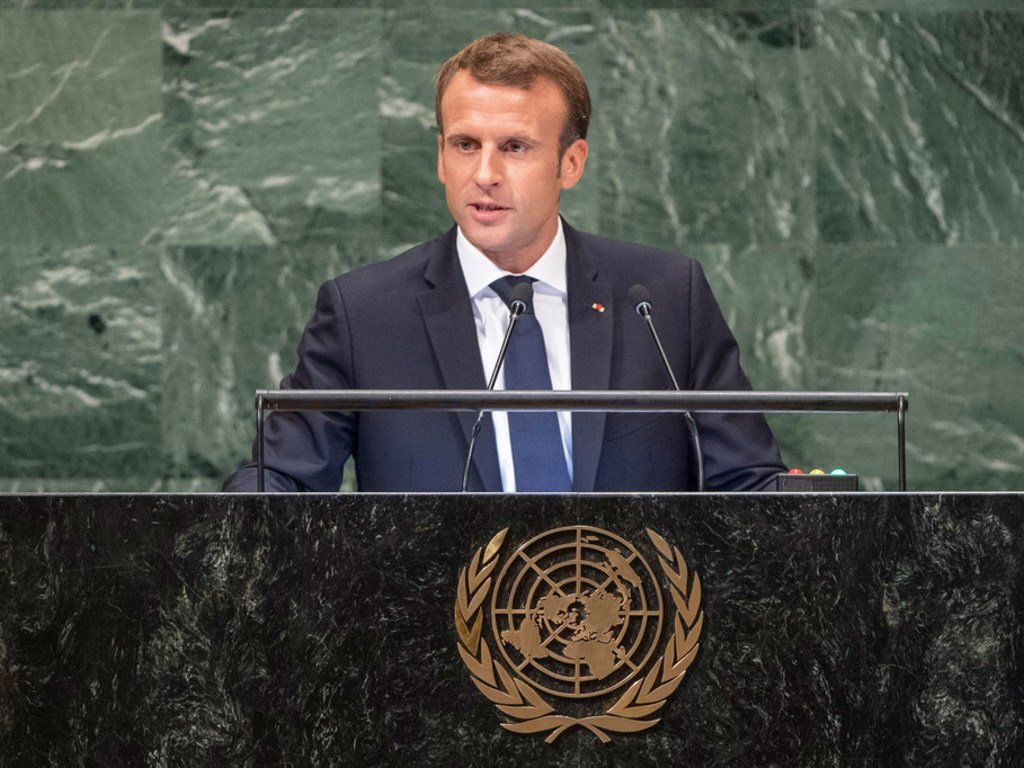 Deploring what he saw as a “deep crisis” of the traditional international order, French President Emmanuel Macron on Tuesday warned from the rostrum of the United Nations General Assembly against the temptation towards unilateralism and pleaded for a “new global balance”, crafted by all countries working together.

Faced with the world’s “new instability,” the French President advocated for the advent of a “new balance, based on new forms of regional and international cooperation”.

He told leaders gathered in New York for the Assembly’s annual general debate that tackling the challenges of the day required adherance to “universal values, the non-negotiable defense of our values,” such as equality of individuals or gender equality.

Similarly, he argued, human rights “are not a cultural fact, but a body of law enshrined in international treaties”.

He expressed deep belief in the sovereignty of peoples and, at the same time, enhanced cooperation with multilateral forums and “renewed legitimacy of the United Nations.” Mr. Macron cited several examples of such cooperation related to conflicts, first and foremost Syria, where solutions must be “driven by the Astana Process Guarantors, other regional States or others, and under the auspices of the United Nations”.

Similarly, in the face of terrorism, he said “we are strong when States can count on their own strengths and rely on forms of regional cooperation”, citing as models the joint forces set up in the Sahel and the Lake Chad Basin region.

In this regard, he called for “a better articulation between the United Nations and the African Union” and called for the adoption of a relevant Security Council resolution “before the end of the year”.

“At a time where our collective system is falling apart, sadly, it is most in demand,” he said, adding that France would continue to remind everyone that nationalism always leads to defeat.

“Only collective action allows for the upholding of sovereignty and equality,” Mr. Macron said. “This is the reason we must take action against climate, demographic and digital challenges. No one alone can tackle these.”

Acknowledging that some might be tired of multilateralism, he implored people to resist the urge to view it as “trendy”. It was genocide that led to the United Nations, he said, recalling the atrocities of the Second World War and the complacency of the international community at that time.  But France is a country that has always fought for universality, he said, imploring people to not succumb to indifference and to not accept history unravelling.  “Our children are watching,” he said. “Let us do this on a human level.”

♦ Receive daily updates directly in your inbox - Subscribe here to a topic.
♦ Download the UN News app for your iOS or Android devices.
france|General Debate 73